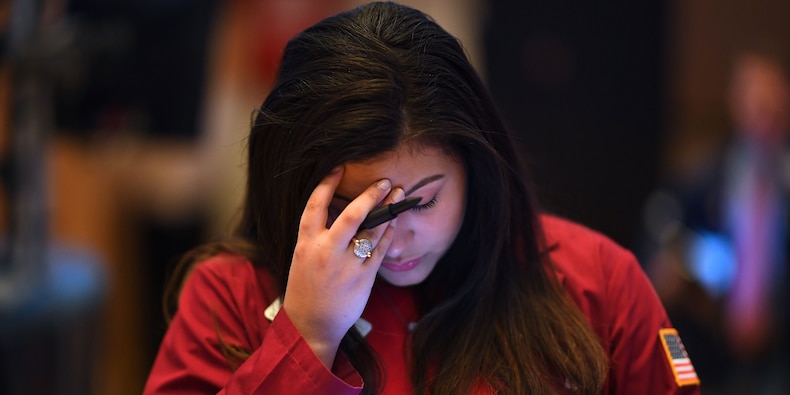 The S&P 500 edged back from an earlier gain and moved slightly farther away from a near-record high but tech stocks as tracked on the Nasdaq Composite reversed course and gained ground.

Wall Street is already gearing up for the Labor Department's inflation report due Thursday. It may show consumer price inflation rose to 4.6% year over year in May, according to an Econoday consensus estimate. That rate would be faster than April's print of 4.2% which was the highest rate since 2008 and carries the potential to spook equity investors.

"May inflation data will be even higher than the month before because on a year-over-year basis we're comparing it with a trough of last year," Sam Stovall, chief investment strategist at research firm CFRA, told Insider. However, that should be followed by moderation in the coming months, he said, adding that the Fed is unlikely to change its patient stance toward inflation in the face of a hot May reading.

"I think that the Fed is basically going to do nothing. With the second month of an unemployment undershoot, it implies that capacity constraints are a bigger headwind than had been anticipated," he said referring to Friday's report showing the US added 559,000 nonfarm payroll jobs in May, below economists' median estimate of 674,000.

"The Fed is therefore going to say, 'We've got to wait to see the economy really start to heat up more before we start thinking, even talking, about tapering," said Stovall. He sees the Fed sticking to its signal that it won't raise its benchmark interest rates until 2023.

Stovall said CFRA does foresee the yield on the 10-year Treasury note creeping higher to 1.9% by the end of the year. "It's really more of a reflection [about growth] in the economy than anything investors should worry about," said Stovall.

Meanwhile, investors were assessing an international tax deal secured by Treasury Secretary Janet Yellen. Officials from the Group of 7 advanced economies on Saturday agreed to impose a corporate minimum tax of 15%. The deal is likely to face opposition from Republican lawmakers as well as business groups.

Around the markets, a rally in so-called meme stock AMC Entertainment rolled on Monday, reversing losses over two sessions and finding renewed hype from retail traders over the movie-theater chain's stock.

Biogen shares soared after the company's Alzheimer's disease treatment won approval from the Food and Drug Administration, marking the first new drug for the disease in about two decades.

MicroStrategy, the business intelligence firm run by Michael Saylor, said it will offer $400 million of senior secured notes to institutional buyers and plans to use proceeds to buy more bitcoin.

Tesla could gain 67% from current levels by the end of 2021, according to Wedbush which sees the electric vehicle maker benefitting from soaring demand in China over the next two years.