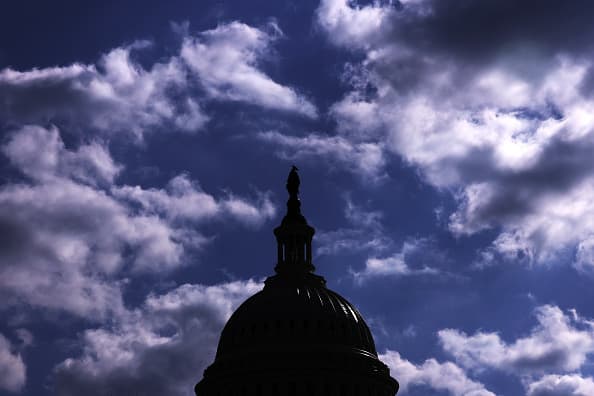 They will now look to get that pandemic aid bill to President Joe Biden in time to prevent a gap in unemployment benefits.

It's perhaps too late to stop that from happening, according to some experts.

"The unfortunate reality is, we waited a little too long," said Elizabeth Pancotti, an unemployment expert and policy advisor at Employ America. "They needed a bill to [President Biden] by about Valentine's Day."

Democrats approved the unemployment change in a party line vote during a marathon of votes on amendments. The House now aims to approve the Senate version of the plan by next week and send it to Biden to sign into law.

Democrats look to pass their latest rescue package before March 14, the day when the current $300 per week unemployment benefit expires. However, the delays Friday threatened its quick passage as the deadline approaches.

More from Personal Finance:
Some workers never got the last round of extended benefits
There are new PPP rules for self-employed and gig workers
With 4 million Americans long-term unemployed, benefits cliff looms

More than 18 million total Americans were collecting jobless aid as of mid-February, according to Labor Department data.

House Democrats passed the American Rescue Plan Act of 2021 last Saturday. The bill would extend jobless benefits through August and raise them by $400 a week.

Senate Democrats aim to pass the legislation this weekend. They're weighing amendments that may ultimately reduce the $400 supplement and extend benefits through September or another date.

The House must then approve the Senate version of the plan and send it to Biden's desk.

This seems likely. But certain administrative steps and technology hurdles make it an almost foregone conclusion that there will be a multi-week gap in benefits for some workers, experts said.

"I think there's a subset of people whose benefits will end on this March 14 cliff," said Andrew Stettner, a senior fellow at the Century Foundation.

These delays also occurred earlier in the pandemic — after the CARES Act was passed in March 2020, and again after measures like Lost Wages Assistance over the summer and the Continued Assistance Act in December.

Some states have managed better than others, though.

States must typically wait for guidance from the Labor Department on how to implement new rules after a law passes. They must then code those rules into their systems and test them.

"After passage, our vendor will need to reprogram the system and cannot begin that work until we receive rules and regulations from the U.S. Department of Labor," the Colorado Department of Labor and Employment said of the American Rescue Plan during a town hall this week.

However, the governor and other state officials are working to prevent a gap in benefits, the Department said.

This process can take some states about four to five weeks or more, Pancotti said.

States like Wisconsin still haven't issued extra benefits to some residents from the December relief law.

However, there are reasons for optimism, experts said. Any delays likely won't be as long as some earlier ones.

For example, the rules don't seem to be changing much, which reduces complexity and programming time. And Democrats seem intent on passing the bill with a simple majority using a budget process called reconciliation — giving states more clarity.

"I think everybody is expecting a couple weeks of chaos where workers may not get payments on time," Pancotti said. "[But] we think it will be a shorter [delay], and for fewer workers and fewer states."

Plus, not everyone is poised to lose aid on March 14.

The date is a "soft cliff." Workers who exhaust their 50-week maximum allotment of benefits through temporary programs would be kicked off.

Such people would have been collecting aid since the early days of the Covid pandemic.

But those who haven't hit 50 weeks can continue receiving funds up to April 11. These workers have a little breathing room, Stettner said.

It's hoped any delays won't be longer than two to five weeks, Stettner added.

Workers should continue to certify for benefits as they've done every week, Stettner said.

This way, even if there's a delay, they will get back pay for those weeks. States should be issuing these funds automatically as long as workers certify.

"Keep doing what you're doing," he said. "And if for some reason it doesn't go through the first time, keep trying."

If workers can't certify for benefits, they should keep a record of their attempts — by taking a screenshot of failed login attempts or of outgoing calls made to a labor agency, for example, Stettner said.

06/03/2021 Business Comments Off on Unemployment benefits end next week. It may be too late for Congress to stop it, experts say
Markets