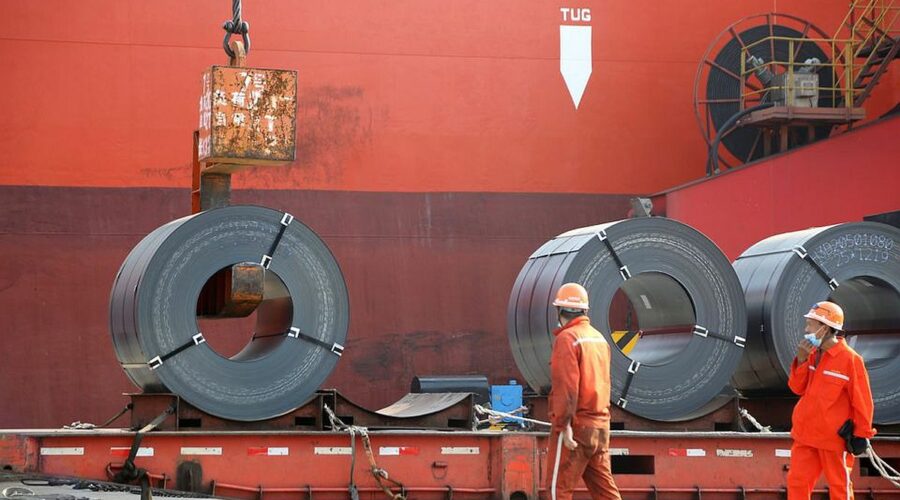 Russia’s war on Ukraine has sent steel prices soaring to its highest levels in the domestic market since November 2021.

But there is little cheer in the industry. 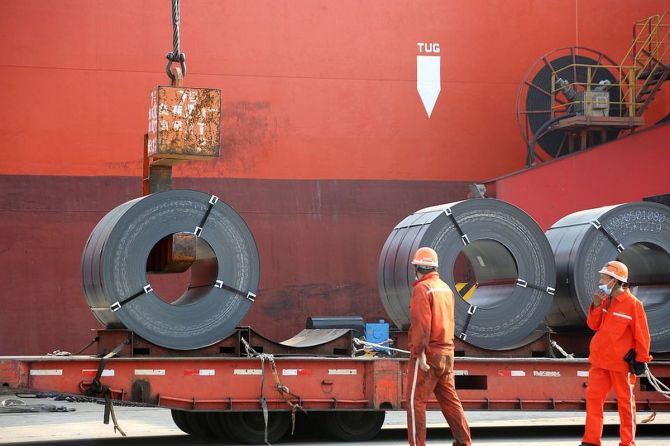 That’s because input costs are spiralling out of control, leaving the big boys nearly as high and dry as the small, medium and secondary steel producers.

Russia and Ukraine are major providers of steel and raw materials to the world.

In 2021, steel exports from the two countries stood at about 45 million tonnes (mt), accounting for about 10 per cent of global steel trade.

On the input side — from iron ore and pellets to coal and metalics — both countries control a fair share of the flow of raw materials.

The bulk of Russia and Ukraine’s exports are to the European Union and prices there are heading north with some of the largest steelmakers announcing steep increases on the back of supply gaps and rising costs.

The same scenario is playing out in Southeast Asia and the home market where cost pressure is fuelling price increases.

SteelMint data shows the average monthly trade reference prices in March for hot rolled coil (HRC) — a benchmark for flat steel — and rebars — in long products —  have scaled past their previous highs in November 2021.

(Long products are generally used in buildings, construction and capital goods, and flat steel in automotive, packaging and appliances.)

Yet, elevated steel prices are not enough to cover increasing costs.

Steel prices had been rallying since business activity resumed after global lockdowns due to Covid-19.

But the last time prices hit these levels, input costs were much lower and companies reported hefty profits.

The rise in raw material prices predates the war.

But the Russia-Ukraine conflict has put it into an overdrive, especially with coking coal — a key input material — hovering between $620 and $670 a tonne (see chart: “Dim outlook”).

Prices of other inputs — whether scrap, thermal coal, or nickel used in special and value-added steel — have soared in the past month.

The volatility is weighing on companies and there are murmurs of a production cut if things don’t settle down.

“It will not be sustainable to buy coking coal at the current prices.

“The resultant costs will make it unviable for consumers and are likely to impact demand,” Jayant Acharya, director- commercial & marketing, JSW Steel, said.

“If there is a need to moderate production for certain products, we will,” Acharya added.

JSW Steel is the country’s largest steel producer with a capacity of 27 mt.

“If raw material costs don’t come down or alternatively overall steel prices don’t cover input cost, then companies will be forced to cut production, as is happening in Europe.”

That is expected to gnaw at margins sooner than later.

“At the current raw material prices, we see a cost impact in the range of $300 per tonne of steel from the end of February to May.

The high cost of raw material will start impacting cost in a big way from April onward.

Jayanta Roy, senior vice president, ICRA, pointed out that working capital requirements will also go up, which will have an adverse impact on steel-makers’ liquidity position.

Steel price hikes at the start of March cushioned some of the impact but, according to Hetal Gandhi, director, CRISIL Research, margins for the industry are expected to fall sequentially for the third consecutive quarter in Q4FY22.

True, exports may get a short-term boost as Indian steel players step into service markets vacated by Russia and Ukraine.

But companies say the offset will be limited even though European prices may be higher than domestic ones.

“Export enquiries for steel products are very strong as certain markets that have been supplied by Russia and Ukraine have been disrupted, such as Europe, West Asia, Turkey, and North America.

“International prices have moved up reflecting part of the cost increase,” said Acharya.

Jindal Steel & Power (JSPL) managing director V R Sharma also said the company was looking to increase exports though there were challenges such as port congestion and vessel availability.

Meanwhile, the domestic-focused small and secondary steel producers have fewer means to ease the impact.

Some have cut production, while others may have to once the old raw material inventory runs out.

The promoter of a TMT manufacturing company said that it has brought down capacity utilisation from 75 to around 40 per cent in the last 15-20 days on account of high raw material cost.

Raw material costs pushed up steel prices but buyers are shying away.

“We cannot get orders at these prices,” the producer said.

The small, medium and secondary steel producers use sponge iron or scrap to make steel through the electric arc furnace (EAF) and induction furnace (IF) route.

For them, scrap prices have soared, and many of the sponge iron manufacturers have cut production.

The smaller steel producers generally produce long steel and account for about two-third of its production; production cuts by them are pushing prices further up.

As for the main producers, Sharma added, neither scrap nor coal are available.

Steel production in India is dominated by the large integrated steel producers — JSW Steel, Tata Steel, AM/NS India, JSPL, SAIL and RINL —  that account for 63 per cent of production.

Myriad challenges reduced the share of the small, medium and secondary steel producers particularly during the pandemic.

But the Russia-Ukraine war is proving to be a leveller with rising costs hitting both sides of the industry.