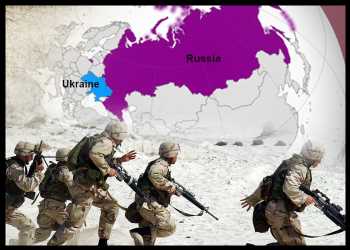 Ukraine said Russia has violated its pledge to reduce military activity in Kyiv and Chernihiv by continuing to attack both the battlefronts.

After the latest round of ceasefire talks between the two delegations in Istanbul Tuesday, Russia’s Defense Ministry said it will “drastically reduce military activity” on the two Ukrainian cities.

Russia’s Deputy Defense Minister Alexander Fomin told reporters that the decision to ease the invasion was taken in response to Ukraine’s proposal in Tuesday’s three-hours-long talks to become a neutral and non-nuclear state in exchange for security guarantees.

Russia’s offer was met with skepticism by Ukrainian President Volodymyr Zelensky and other western leaders. Zelensky called for tighter sanctions against Russia. He said the besieged southern port city of Mariupol is almost completely destroyed.

The Pentagon cautioned that troop movement near Kyiv is a repositioning, not a real withdrawal. “we all should be prepared to watch for a major offensive against other areas of Ukraine,” Pentagon Press Secretary John F. Kirby told reporters.

Kirby said it’s unclear now what actions Russia will take next in Ukraine, or what their ultimate goals there have metastasized into. “Briefings from the Russian Ministry of Defense have been misleading and amount to efforts to recast recent missteps as intermediary steps to its ultimate goals”.

The White House Director of Communications Kate Bedingfield echoed this sentiment at a press briefing. “Everyone should expect that we’re going to continue to see attacks across Ukraine,” she told reporters.

Chernihiv governor Viacheslav Chaus said on the Telegram messaging app that Russia had been bombarding Chernihiv and the city of Nizhyn “all night long.”

Chernihiv was shelled and rockets were being shot down in Kyiv, according to Vadym Denysenko, an adviser to Ukraine’s Interior Minister.

Meanwhile, the United Nation’s nuclear watchdog chief has arrived in Ukraine to hold urgent talks with the government about the safety of the country’s nuclear facilities.

“Just crossed the border into Ukraine to start the IAEA’s mission to ensure the safety and security of the country’s nuclear facilities,” Rafael Mariano Grossi, director general of the International Atomic Energy Agency (IAEA), wrote on Twitter. “We must act now to help prevent the danger of a nuclear accident,” he added.