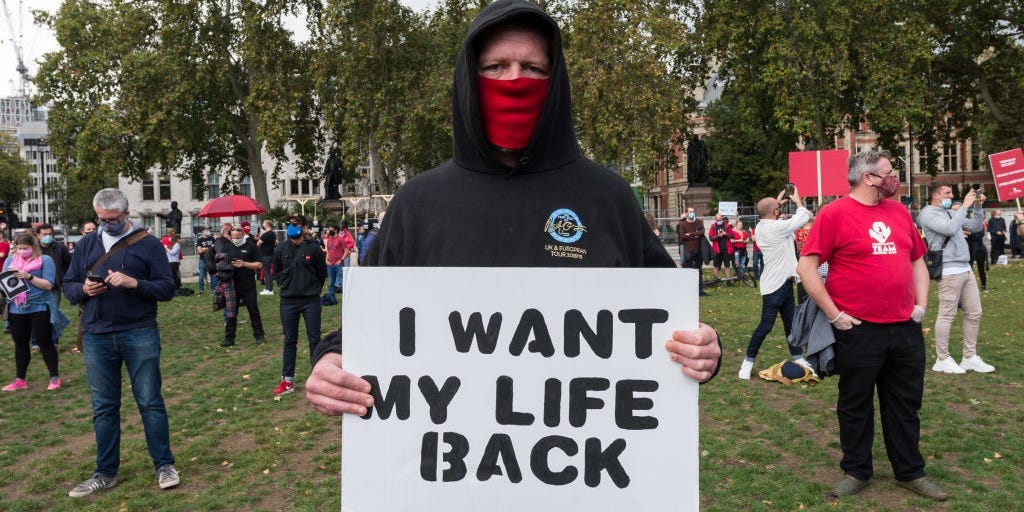 UK unemployment rose to a three-year high of 4.5% in the three months to August, from 4.1% in July, according to data released by the Office of National Statistics on Tuesday.

The number of people claiming jobless benefits rose to 2.7 million in September – an increase of 1.5 million since March 2020, the ONS said.

People who were laid off, or voluntarily left jobs, rose to 227,000 in the three-month period to August, up by 113,000 from the same period the previous year, the largest annual increase since April to June 2009, during the financial crisis.

Redundancies in the quarter reached the highest level since May to July 2009, ONS said. 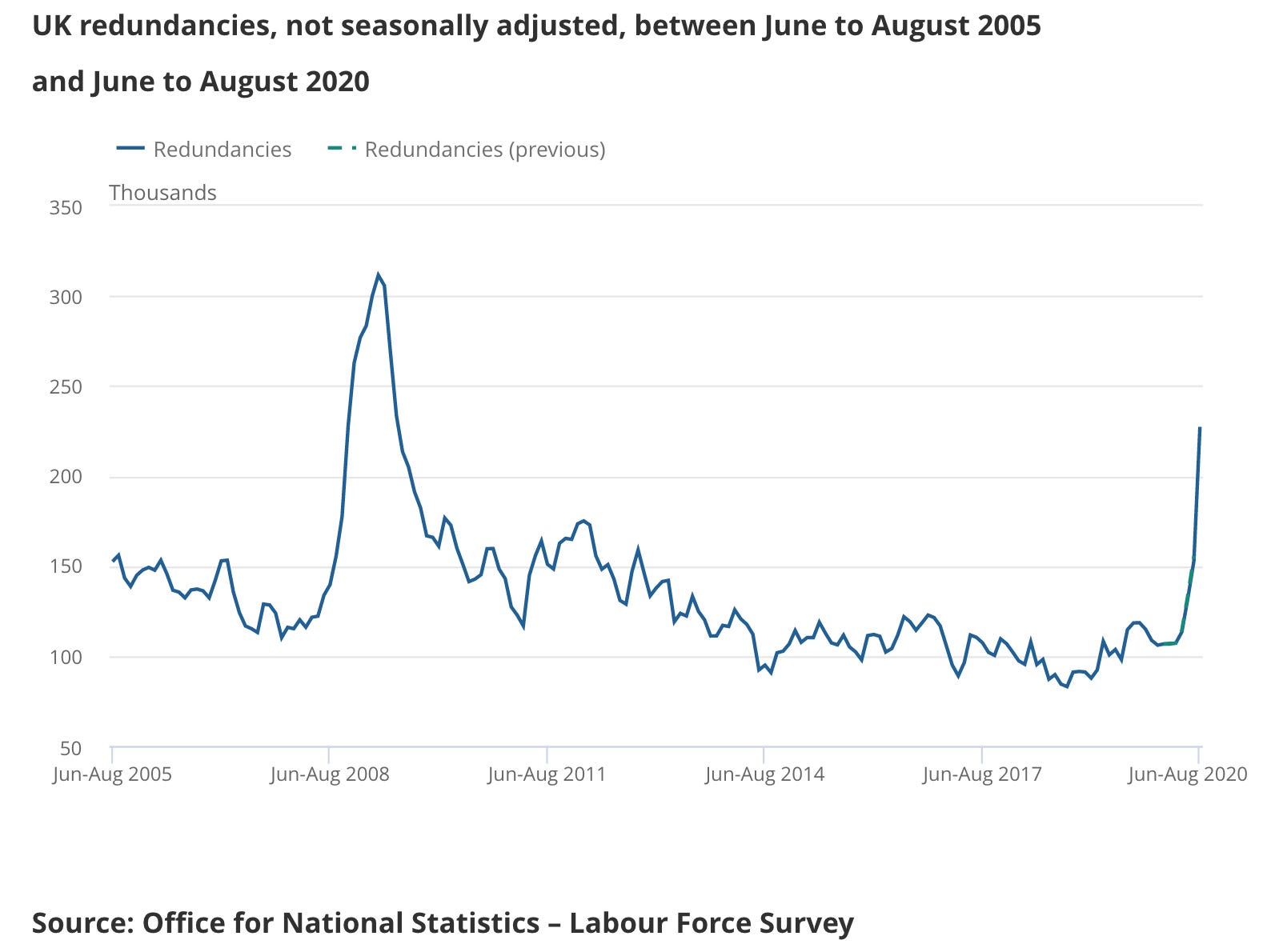 Read More: The global investment strategist at a $44 billion ETF shop explains why the pandemic-fueled boom of online retail is set to accelerate – and shares 5 stocks to watch other than Amazon ahead of its Prime Day

Economists at Pantheon Macroeconomics predicted the unemployment rate would rise to 4.3%, meaning that the actual picture is worse than expected.

The British government on Monday announced a new system of local lockdowns for England, introducing a three-tiered system of rules as infections surge across the country. That means things could get worse.

“Almost a million people have lost their jobs since the start of the pandemic and, given the latest lockdown measures, this number could climb again in the coming months,” Orka Technology CEO Tom Pickersgill said. “While this is a terrible situation for so many to be in, the picture of the job market isn’t completely black and white and there are some opportunities out there.”

Pickersgill said while permanent 9-5-style roles will take time to recover, there will be a spike in temporary job opportunities as businesses favor flexibility in hiring. Anyone looking for work should consider industries such as security, logistics, and cleaning, as they offer the benefits and protections of traditional full time employment, he said.

Although the unemployment rate is not high by historical standards, the picture is clearly deteriorating, according to Laith Khalaf, a financial analyst at AJ Bell.

“We’re beginning to see what the economic wound looks like as the bandage of furlough is gradually removed,” Khalaf said. “The new Jobs Support Scheme will help to cushion the blow, but we’re likely looking at the thin end of the wedge when it comes to unemployment.”

The Institute for Fiscal Studies has said COVID-19 would cost the UK £350 billion ($455 billion) in public borrowings this year, a level unseen in peacetime Britain.

Read More: Deutsche Bank scoured 200 years of US history to uncover how investors should handle a contested election – including 3 past examples and how markets responded