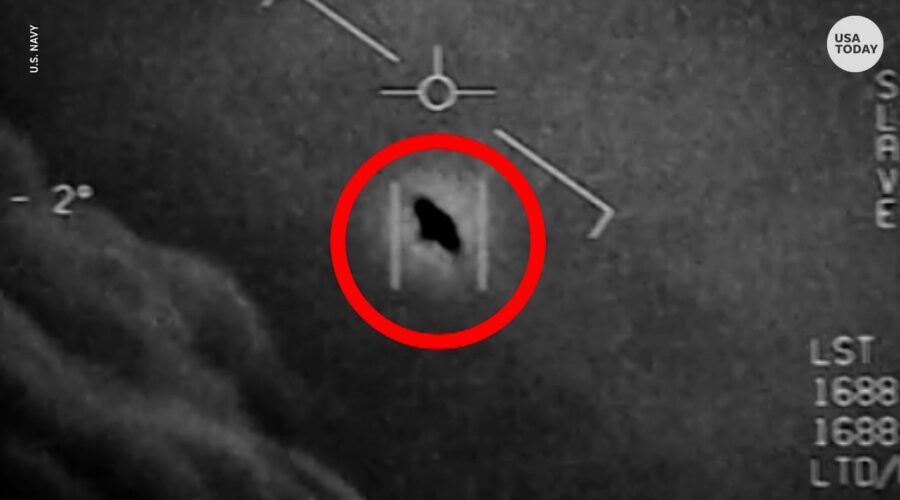 A UFO filmmaker shared a video clip on Thursday depicting radar footage he claimed shows a swarm of unidentified flying objects near a Navy ship off the coast of San Diego almost two years ago.

Jeremy Corbell posted the 46-second clip on Twitter, saying it was taken from the USS Omaha on July 15, 2019. Corbell, a UFO enthusiast and filmmaker behind the 2018 documentary “Bob Lazar: Area 51 & Flying Saucers,” said the footage showed a “significant UFO event series.”

In the clip, a radar screen is shown with several objects moving around the ship. At one point, an unidentified man is heard saying, “Holy (expletive)! They’re moving fast. … They’re turning around.”

2019 US Navy warships were swarmed by UFOs; here’s the RADAR footage that shows that. Filmed in the Combat Information Center of the USS Omaha / July 15th 2019 / this is corroborative electro-optic data demonstrating a significant UFO event series in a warning area off San Diego. pic.twitter.com/bZS5wbLuLl

This isn’t the first time Corbell has shared footage claiming to prove the existence of UFOs.

An 18-second clip he shared showing three UFOs hovering over the USS Russell in 2019 was confirmed by the Navy as authentic earlier this year, according to the New York Post.

Thursday’s shared footage comes a few days before a government-sanctioned report on unidentified aerial phenomena is expected to be sent to Congress.

Some former federal officials have teased that the unclassified June 1 report will include unexplainable events.

“We’re going through our due diligence. Is it some sort of new type of cruise missile technology that China has developed? Is it some sort of high-altitude balloon that’s conducting reconnaissance? Ultimately when you have exhausted all those what-ifs and you’re still left with the fact that this is in our airspace and it’s real, that’s when it becomes compelling, and that’s when it becomes problematic,” Elizondo told the broadcast news outlet on a May 16 segment.

And in March, former Director of National Intelligence John Ratcliffe told Fox New’s Maria Bartiromo that some of the things difficult to explain in these past unreleased sightings include movements that are hard to replicate or objects traveling at speeds that exceed the sound barrier without creating a sonic boom.

“There are instances where we don’t have good explanations for some of the things that we’ve seen, and when that information becomes declassified, I’ll be able to talk a little bit more about that.”