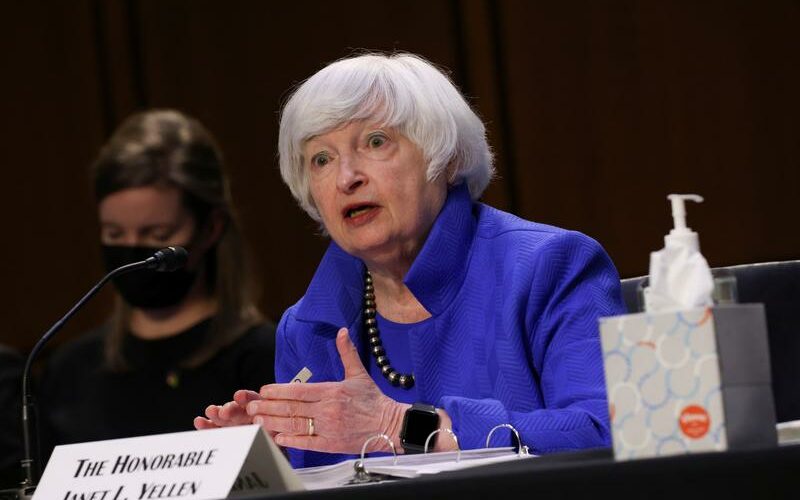 WASHINGTON (Reuters) – U.S. Treasury Secretary Janet Yellen said on Tuesday she is looking for G20 countries to reach a political agreement on a global minimum tax deal at the G20 summit in October and has not ruled out a rate higher than 15%.

Yellen, speaking to the National Association for Business Economics, said that the Senate Finance Committee is looking at a “slightly higher” overseas minimum corporate tax rate than the 16.5% passed by the House Ways and Means Committee.

“We’ll see where it all shakes out, but my hope is that when reconciliation (legislation) passes, we will come into compliance with this regime, and we’re looking for political agreement to be achieved at the G20 summit at the end of October, and then countries will quickly put this into place,” Yellen said.