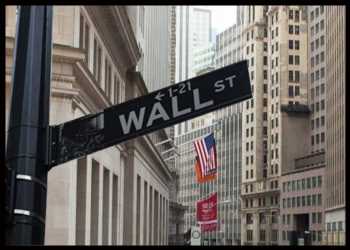 After showing a notable advance early in the session, stocks have seen further upside over the course of the trading day on Thursday. The tech-heavy Nasdaq has shown a particularly strong jump, extending the rebound seen in the previous session.

The strength on Wall Street comes as traders continue to pick up stocks at relatively reduced levels following recent weakness.

The major averages have recently fallen to their lowest levels in over a year, but traders seem to be expressing some optimism that the markets have finally found a bottom.

Adding to the positive sentiment, the Labor Department released a report showing first-time claims for U.S. unemployment benefits pulled back by more than expected in the week ended May 21st.

Meanwhile, a separate report from the Commerce Department showed economic activity in the U.S. slumped by slightly more than previously estimated in the first quarter of 2022.

The Commerce Department said real domestic product slid by 1.5 percent in the first quarter compared to the previously reported 1.4 percent drop. Economists had expected the decrease in GDP to be revised to 1.3 percent.

The slightly bigger than expected pullback came after GDP skyrocketed by 6.9 percent in the fourth quarter of 2021.

The National Association of Realtors also released a report showing pending home sales plummeted by much more than expected in the month of April.

Economists had expected pending home sales to descend by 2.0 percent compared to the 1.2 percent slump originally reported for the previous month.

A pending home sale is one in which a contract was signed but not yet closed. Normally, it takes four to six weeks to close a contracted sale.

Significant strength also remains visible among retail stocks, as reflected by the 4.5 percent spike by the Dow Jones U.S. Retail Index. The index continues to rebound after ending Tuesday’s trading at a two-year closing low.

Semiconductor stocks are also seeing considerable strength on the day, resulting in a 4.1 percent jump by the Philadelphia Semiconductor Index.

Housing, financial, steel and oil service stocks have also shown notable moves to the upside amid broad based buying interest.

In overseas trading, stock markets across the Asia-Pacific region turned in another mixed performance during trading on Thursday. Japan’s Nikkei 225 Index dipped by 0.3 percent, while China’s Shanghai Composite Index rose by 0.5 percent.

Meanwhile, the major European markets all moved to the upside on the day. While the U.K.’s FTSE 100 Index climbed by 0.6 percent, the German DAX Index and the French CAC 40 Index jumped by 1.6 percent and 1.8 percent, respectively.

In the bond market, treasuries have shown a lack of direction over the course of the morning. As a result, the yield on the benchmark ten-year note, which moves opposite of its price, is up by less than a basis point at 2.754 percent.