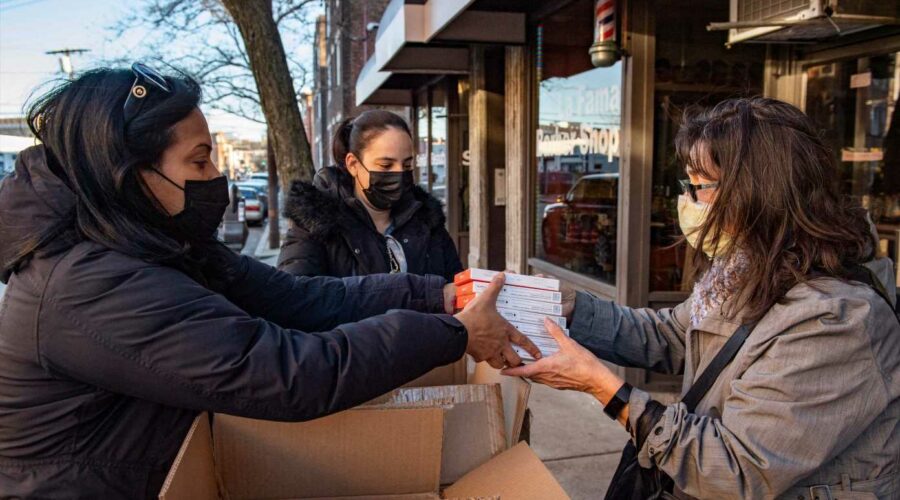 Testing so far hasn't been a big part of the U.S. strategy to manage the Covid pandemic, but that's set to change soon.

On Tuesday, the White House the U.S. is purchasing 500 million at-home Covid tests that Americans can order for delivery to their homes for free. Deliveries, however, will not start until January.

"So we'll see testing become more widely available and less expensively and even free, which is very important for equity. If we're going to be using testing, we have to have it available for everyone," Dr. William Schaffner, professor of preventive medicine and infectious diseases at the Vanderbilt University School of Medicine told CNBC's "Squawk Box Asia" on Wednesday.

Schaffner noted that countries in Asia and Europe have used testing much more widely. The United Kingdom, for instance, delivers free at-home tests to people who request them.

The White House announcement comes as many Americans seeking at-home tests before holiday travel or seeing their families have found pharmacy shelves empty, with widespread reports of long lines for on-site testing. Walmart, Walgreens and CVS Health on Tuesday said demand for at-home Covid test kits was surging and set a limit per purchase.

Biden rejected criticism that the at-home testing kit shortage was a sign that his administration failed to prepare for a surge in demand during the holiday season.

The shortage follows a surge in Covid cases as the omicron variant spreads, becoming the dominant Covid strain in the United States, representing 73% of sequenced cases.

Average daily case counts in New York City more than doubled over the week ending Friday, Dec. 17. The U.S. is reporting a seven-day average of about 130,000 daily cases as of Dec. 19, according to data compiled by Johns Hopkins University, up 7% over the past two weeks.

Schaffner advised people to get an mRNA booster if their first course of vaccine was a non-MRNA one.

"If you have the opportunity after having either the AstraZeneca vaccine or the J&J vaccine to get a booster with Pfizer or Moderna, good for you because that will really boost your antibody levels," he told CNBC.

Why Covid vaccine booster shots are so important: Omicron will 'rip right through the population,' says expert

Vaccine hesitancy remains a roadblock to reaching the 90% vaccination rate that some health officials have suggested is necessary to achieve nationwide herd immunity to Covid. About 61% of people in the U.S. are fully vaccinated as of Dec. 20, according to Our World in Data.

Schaffner emphasized that vaccination and boosters are "terribly important" in avoiding severe disease.

He noted that even former President Donald Trump has gotten his booster shot.

When Trump made the disclosure at an event in Dallas, he was booed for it. He responded, waving his hand dismissively, "Oh, don't, don't, don't!"

A relatively large percentage of Republicans has refused to get even initial doses of the coronavirus vaccines. The former president had initially downplayed the need for a vaccine in the early days of the pandemic, but was later infected and hospitalized for several days in October 2020.