It has been nearly two years since a group of the best and brightest young agents and partners told their bosses they were stepping away from their million-dollar salaries to follow former eOne strategy officer and CAA television veteran Peter Micelli and be the founding partners of a new management company, Range Media Partners.

They made their dramatic pivot at the height of industry instability; movie theaters remained closed from Covid, production was slow to rebound as no one was writing Covid policies and that meant no completion bonds; studio tentpoles were being unloaded to streamers. The rep business was also in flux, with the WGA bent on eradicating the packages and affiliated productions that had increasingly fueled agency coffers.

So, a consortium of agents from CAA, UTA, WME and other firms, repping such A-listers as Bradley Cooper, Tom Hardy, Keira Knightley, Emilia Clarke and Ramy Youssef decided to embrace change, not fear it.

Their clients understood their reps’ sell that this could be the new phase in an ever-shifting Hollywood, with an emphasis on hands-on representation, and a lean into branded opportunities outside their onscreen work. In fact, director Luca Guadagnino—who followed founding partner and former WME partner Rich Cook to Range—was so all in that he designed the company’s new headquarters at Bergamot Station in Santa Monica, CA.

“My professional relationship with Rich is profound, I see him as a rock to hang on to and I have been building with him a strong complicity in our path,” Guadagnino says. “So, I would have followed him anywhere. The great news is though that since Rich told me about Range, I realized how powerful and visionary they were in waiting to make such a disruptive move, so now the reasons became two. As I said about the disruptive power of this idea, I love when there is a very healthy ‘shake of the house’. In this case the energy of the different people evolved into this company, the ‘out of the box’ thinking intertwined with the absolute ‘insiders’ nature of all people involved was so exciting.”

The formation of Range two years ago is the dictionary definition of ‘disruptive’, and it was fraught with painful farewells to mostly receptive former colleagues.

“Yeah, we remember that Sunday well,” says Jack Whigham, who left CAA for the new opportunity at Range Media Partners. 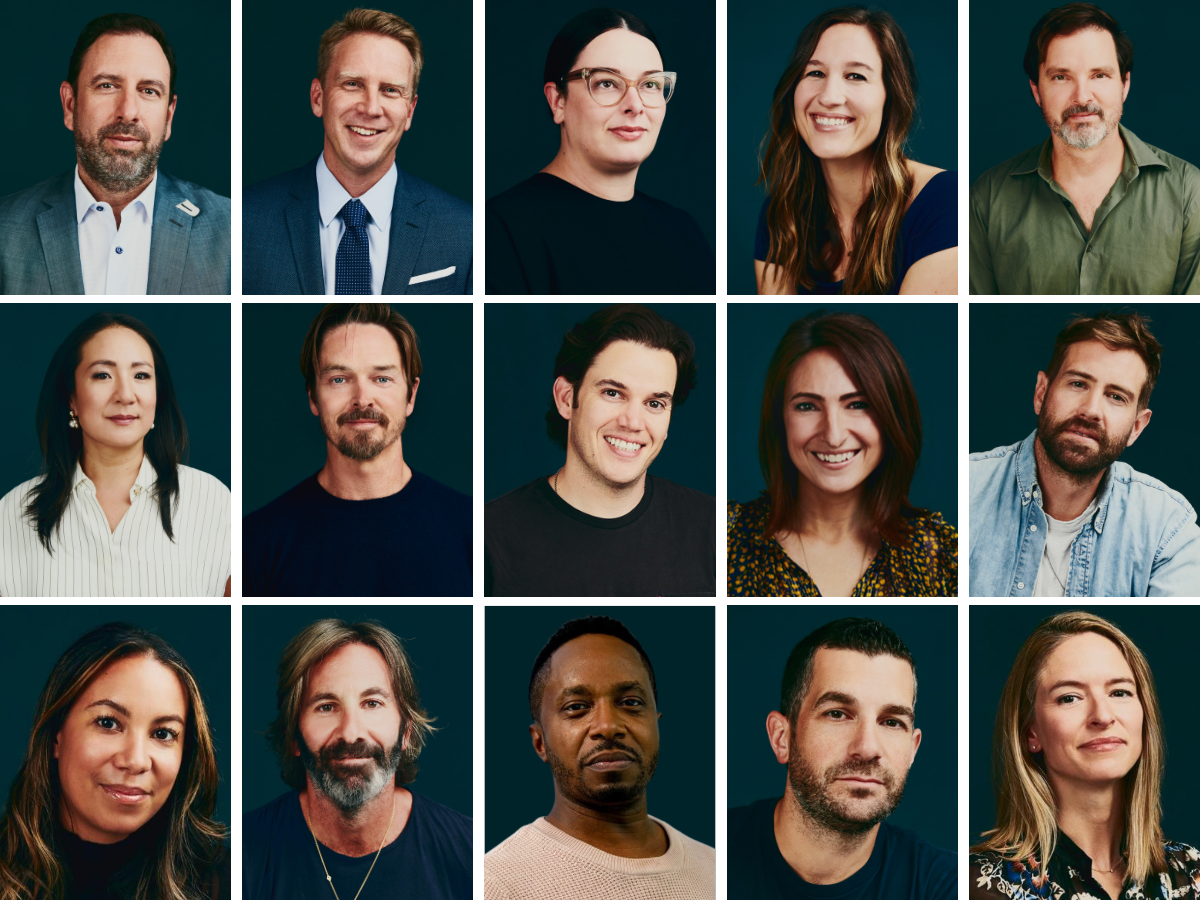 Range Media Partners would extend beyond the de rigueur of TV and film representation, catapulting clients’ brands into areas such as Web3, E-gaming, NFTs, social media and venture capital. 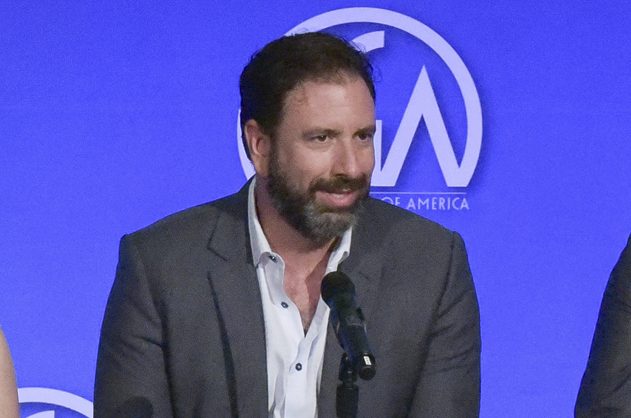 “We got to a place where we were thinking about what was needed, not just creating a competitor for competitors’ sake,” Micelli says. “There was a dynamic change that was coming, and the company would be reflective of dealing with that.”

“That was what was really motivating for us, because when you looked around, you said ‘OK, you see the big shifts coming in terms of what Web3 is going to do and the Writers Guild issues and the issues all representatives are having with the streaming backends and the buy outs,” he adds. “We were just thinking about what was needed.”

Unlike other management firms, who, like the agencies, handled a massive list of clients, Range would prioritize top, exclusive talent.

“We were all stretched pretty thin in our previous lives,” says Whigham about changing up from an agent to a manager. “By saying we’re going to do something more intimate and boutique with less clients, we’re going to spend more time on the things that are either not on the menu or hard to achieve because they do take a lot of time. That takes strategy.”

At the agencies, there’s a huge divide in the millions of dollars earned by the executives who run the firms, and the crackerjack agents pulling in commissions and relying on bosses to set bonuses that rise and fall with the health of the agency. At Range however, partners have equity stakes and discretionary bonuses are eliminated as they’re often a bone of contention. Instead, one manager’s success with a client resonates to others in the firm via a shared pool of commissions.

Less than two years since their launch, Range Media Partners is now valued at an estimated $300 million. It is close to what one of Hollywood’s biggest, most established management-production companies, 3 Arts, sold for in 2018 after 27 years in the business. Range Media is also reportedly cash-flow positive over the last five months.

In the streaming era, quarterly subscriber upticks, and undisclosed, elusive viewership data are challenging benchmarks for a talent rep to build any client’s career from, versus box office or TV viewership which are clear barometers of an artist’s worth.

However, rather than fight the new normal, Range Media’s philosophy is to embrace it.

“One thing we were seeing was that you have a lot more direct-to-consumer capabilities through digital and online. You had challenges in the traditional film marketplace, so artists are talking to their fans more directly and they’re having to be more aggressive about revenue streams, because there’s uneasiness in traditional film. So, they’re going to be more aggressive, more ambitious about a lot of different areas of their life on average,” explains Whigham.

This begged the question for Range Media Partners about what they might be able to exploit.

“One is to be well capitalized, so that if you were actually bringing money to the table and certain opportunities, you could either leverage great opportunities or you can get stuff over the line,” Whigham says.

Part of Range’s power to propel their clients’ projects stems from a model which is built on creating multiple joint ventures with various studios and platforms for various projects.

One such investment is with A+E Networks, which recently took a high-teens stake in the firm for $50M. The deal calls for A+E Studios to become a co-production partner for scripted TV projects emerging from Range. Previously, Range had formed a joint venture with A+E Studios which put the series White House Doctor in development at Fox with Alyssa Milano producing.

Also of late, Range teamed with FilmNation to co-produce and co-finance four-to-six films annually across a range of genres and budgets, thus giving the latter access to high-end material and talent from the firm’s stable.

Looking beyond film and TV, Range also steers its clients on a mélange of areas including, but not limited to brand incubation and business investments.

“Artists have spent their careers building other people’s assets, not building themselves into their own assets,” says managing partner Bruss who has worked extensively with Gabrielle Union. Bruss has advised the L.A.’s Finest actress on her investment in National Women’s Soccer League team, Angel City, as well as an investment in baby food brand Yumi. Range also collaborated on digital marketing strategies for her hair care line Flawless.

Another area distinguishing Range is their use of data analytics in negotiating for their clients and informing their decisions.

“We believe that bringing a really sophisticated point of view and capability on the data analytics informs opportunities and strategies immensely because Hollywood traditionally has been a little bit gut instinct,” Whigham says.

So Range has built the most comprehensive understanding of their clients’ fan base, from what they stream to their credit card purchases.

“Not only are we able to use it in the B2B sense to help our clients get the roles they want or identify the clients that might be best associated with a piece of intellectual property, but also to help them understand their fans in a way that frankly only venture and hedge funds have ever done because our clients are brands too,” Bruss says.

Range’s data set has been instrumental in client negotiations, whether it’s demonstrating their financial value to a media conglomerate’s library. Range’s Head of Digital Management Kai Gayoso, a former Facebook vet, who oversees the firm’s influencer division worked directly with Shyamalan on reorganizing the marketing around Servant and his Universal thriller last summer, Old.

Another á la carte consultation from Range is in the realm of music. A project of Shyamalan’s that is in early development features a prominent music component. Shyamalan’s projects are being supported with music and soundtrack needs through Range’s in-house label.

Other examples of how Range is broadening their clients beyond the standard buckets of film and TV include a deal for Vince Vaughn at Caesar’s; essentially a joint venture between Range and GPN, Game Play Network, Yellowstone actor Luke Grimes’ new country singing career, and Atlantic Records rapper Jack Harlow’s acting debut in 20th Century Studios’ reboot of White Men Can’t Jump. Range also signed Flight Attendant EPs Meredith Lavender and Marcie Ulin, and is working on a visual branding that jibes with their stories.

“We want Range to be a place where partners, artists and clients can come and say, ‘You know what? I’ve always wanted to do this.’ We have the venture capital expertise, we have business development expertise, we have the data analytics, we’re spending an enormous amount of time in Web3 and understanding what the potential of it is and how that impacts artists communicating their stories to the world,” Micelli says. “The more we are able to sit down with clients and unearth other dreams, the more the promise of our company really comes to fruition.”

Johnny Depp Won’t Testify Again After All, Butr Kate Moss Will Be A Witness; How To Watch