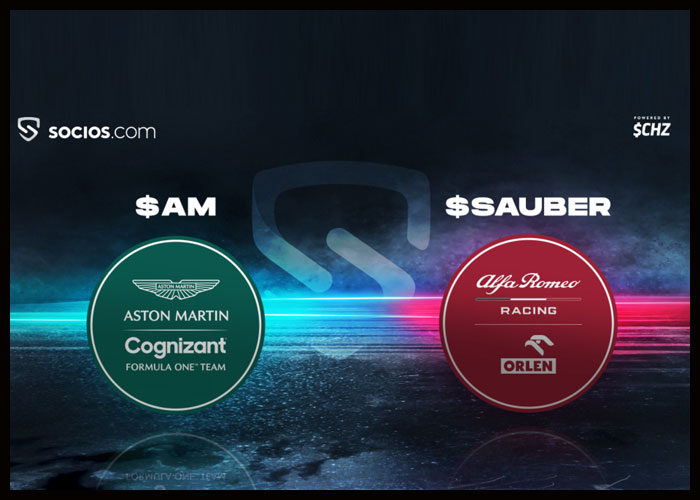 Aston Martin Cognizant Formula One Team and Alfa Romeo Racing ORLEN have become the first two Formula 1 Teams in the world to launch Fan Tokens on blockchain-powered fan engagement Socios.com. The launch of the tokens is expected to raise the profile of their brands globally across a worldwide audience of around two billion.

Fan Tokens have generated more than $150 million in revenue for clubs and partners in 2021 alone and look set to become a powerful new revenue stream for the sports industry.

The Fan Tokens will help expand the Formula One Teams’ global fan engagement strategy by bringing their global audience closer to the teams. Meanwhile, Socios is expected to benefit from a wide range of marketing rights including in-stadium, TV and digital exposure.

Socios.com is powered by Malta-based esports voting platform ChiliZ, which allows both esports and sports entities to tokenize their voting rights to their fan bases to crowd-manage sports and esports organizations.

The two Fan Tokens, $AM and $SAUBER, will be tradeable against the Socios.com platform’s native token, ChiliZ ($CHZ), with the fans needed to purchase ChiliZ tokens to exchange into Fan Tokens through a process known as a Fan Token Offering or FTO.

Socios.com has major global expansion plans and will increase their existing presence in Europe, while targeting many more Fan Token launches in the USA, UK, Asia and South America with the world’s leading sporting properties.