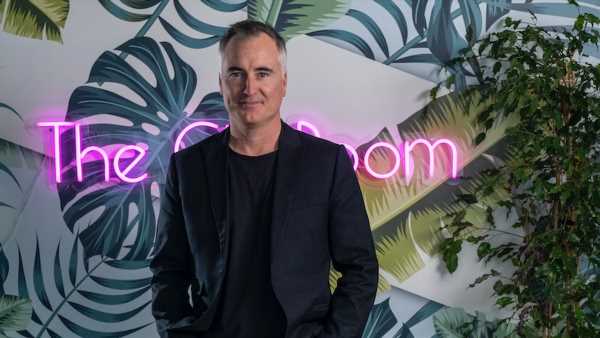 Sometimes advertising agencies just need to walk away, no matter how big or appealing a client might appear.

This, says advertising executive Matt Dickinson, is one of the tougher lessons he’s had to learn in running the ad agency True over the past decade.

This sounds at odds with the outrageously competitive advertising industry, where egos are fed with account wins and rivals’ losses. The key goal has always been to grow each year and get as big as possible. Those bloodsport rules are as old as the game, and today they remain etched in the KPIs set by holding companies, most often based in New York.

When Dickinson signed on to become a part-owner of the six-month-old True with Craig Pethybridge in 2011, the agency was already starting to catch the attention of the big dogs in town. It had quickly accrued a roster of 10 clients, and was producing the kind of work that suggested more would come.

In the years that followed, the plucky upstart grew out of the long shadow of the global financial crisis into a respectable mid-sized agency that no competitor wanted to see on the pitch list.

They would eventually attract the interest of some major clients – none more major than Air New Zealand, which gave the agency the responsibility of developing the hallowed onboard air-safety videos.

It was this work that catapulted the agency into the public consciousness and made marketers all around New Zealand wonder if they weren’t missing out by not working with True.

The success only continued from there, with True picking up a number of other grunty clients, including the highly coveted ASB account.

Winning those big accounts made for great PR, but they also brought their fair share of problems that the agency hadn’t experienced until then.

For starters, big accounts demand many boots on the ground to keep everything in order. In a short time, True would have to increase its team from a comfortable 30 to as many as 70 staff at one stage.

Reflecting on this now, Dickinson admits that the rapid growth forced a change in True’s identity.

“The work just came and the doors were open, and we really ended up being the business we never wanted to be – which was a very traditional kind of ad agency,” he says.

“That required setting up big administrative structures to deal with the large output of some very large clients.”

With the team stretched and having to look after the business-as-usual demands of servicing big accounts, Dickinson says that affected the agency’s work – and clients were noticing.

It wasn’t long before some of those big clients started to take their accounts elsewhere – which is where things became really tough for True.

“The hardest thing for me was having to let people go, that’s always a hard thing,” says Dickinson.

“We’ve had fantastic people over the years, but as we’ve reshaped the business we, unfortunately, had to let some go.”

In the years that followed the loss of some of those bigger accounts, True has shrunk back to between 25 and 30 staff.

But in many ways, Dickinson sees this as a return to the agency’s true form, the shape it was always meant to have.

“We never should strive to be a smaller, less-resourced Colenso BBDO or DDB,” says Dickinson, referring to two of the biggest creative ad agencies in this market.

“Those guys do a fantastic job for big corporate clients. We should focus more on our position of being smaller and coming in to attack projects from the side.

“We worked really well with large agencies on large clients, where we could pick off project work. We were happy where we were and we were always careful not to step on any toes.”

Dickinson says the cyclical nature of the agency has shown him that it sometimes pays to take your own advice rather than chasing the next shiny thing offered to you.

He says he is more acutely aware today of what he actually wants for the agency and what it should offer to clients.

“We now know who we’re for.

“We’re still a full-service creative business. We still do the full spread of advertising services, as well as some great brand and design work. That’s all really interesting for us.

“But where we’re focused now is on the small to medium-sized enterprises, where we have really goodCEO-level relationships.”

In addition to this work for SMEs, Dickinson says the agency will still step in and work with bigger clients when they’re called upon for interesting projects.

“We can work alongside marketers and agencies and be that significant other for large corporates. We’ll never set up our business to run big accounts again. We’ve been there, done that.

“We’re not chasing big numbers or big growth. We really just want to do interesting work that works for clients. We don’t want to be another agency that contributes to the landfill that advertisingadds to every day.”

Dickinson isn’t alone in viewing the perennial demand for growth as problematic in advertising. In an earlier interview, veteran adman Ben Goodale told the Herald that in starting his new agency, he was looking to grow his team to no larger than 15 or 20 people. His objective was to build a sustainable business that wasn’t obsessed with chasing ever-greater riches down the road.

The interesting thing here is that this movement is being driven by independent advertising agencies because they are the only ones with the power to decide what constitutes enough for them.

“We have the advantage, like other independents, of not having to chase a specific number,” Dickinson says.

“We’ve obviously got good budgeting and forecasting systems that we hold ourselves to, but we don’t have to chase growth as hard because our cost base isn’t as high as it previously was.

“We want to run our agency in a sustainable way that doesn’t kill our people. Culture has always been huge for us. We’ve never wanted to have a factory-type of environment.

“In a deadline-driven business you’re always going to have the odd late night or weekend, but it should be a rarity rather than an ongoing thing.”

As True ventures into the next chapter of a story that’s already moved at a blistering pace, there will also be a change at the executive table.

Founder Craig Pethybridge remains a shareholder in the business, but he is now focusing on his new startup called Breinchild – an innovation consultancy that helps organisations develop strategies, processes and products to drive their businesses.

No doubt, Pethybridge will still be keeping a close eye on his original baby – as will the rest of the advertising industry, which has long been fascinated with how True is tracking.