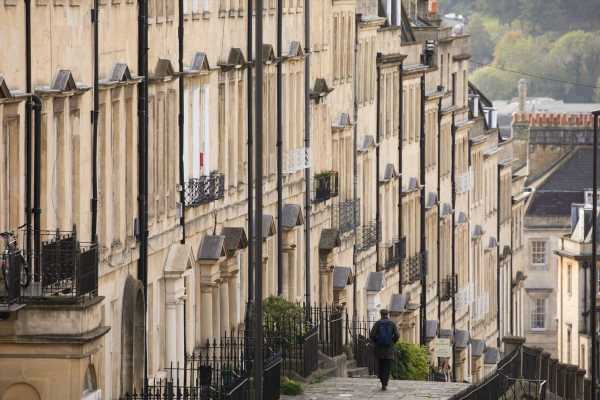 Watchers of U.K. house prices haven’t been this divided in years.

Forecasters are juggling a bunch of conflicting factors about the outlook as they wonder whether the biggest boom in six years will continue, or fizzle out as lockdowns drag on the economy and governmentsupport measures end. The uncertainty has seen the range of price-growth predictions widen the most since 2014, according to an analysis of Treasury data by Capital Economics.

The average result in the collation of independent forecasts is for a 1.5% dip in values this year, which is the weakest such estimate since 2012, according to the analysis. Predictions range from a 5.4% surge to a 6% slump.

The housing industry was taken by surprise last year as months of working at home under lockdown, a tax break for buyers and record-low interest rates fueled a boom in demand, overturningexpectations of a housing slump as the economy tipped into its worst recession in three centuries.

But with the tax break expiring at the end of March, and a government job support program set to end the following month, the housing market faces headwinds. Furthermore, as the pandemic death toll surpasses 100,000, Prime Minister Boris Johnson faces pressure not to lift the lockdown too early.

“In 2020, the housing market was shielded from the impact of the huge fall in GDP by extraordinary policy support,” said Andrew Wishart, head of U.K. housing at Capital Economics, which sees a 4% price drop this year. “It’s still uncertain when all this support will end.”

— With assistance by Jack Sidders

27/01/2021 Business Comments Off on To Buy or Not to Buy? U.K. House Prices Haven’t Been This Hard to Predict in Years
Markets