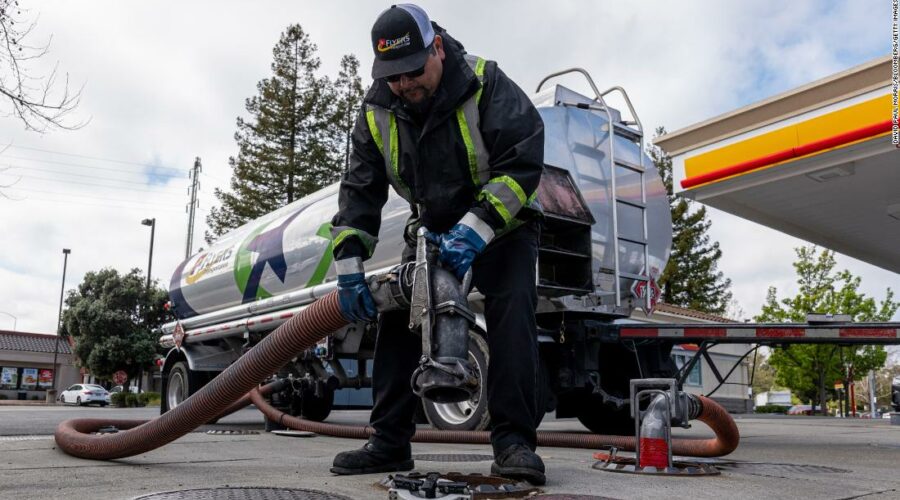 New York (CNN Business)Oil prices will probably stay near triple-digits and could even spike to $150 a barrel if the war in Ukraine severely disrupts Russia’s energy supplies, Joe McMonigle, the secretary general of the International Energy Forum, told CNN.

McMonigle, whose organization serves as a go-between for energy consuming countries like India, producers such as the Saudi Arabia and ones who are both like the United States, is warning the public to get used to elevated energy prices. 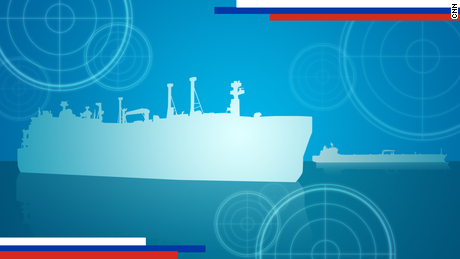 “Prices are going to be high and very volatile for the foreseeable future, until one of two things happens,” McMonigle said in an interview from his office in Riyadh, Saudi Arabia.

Either Russia’s supply situation gets back to normal or “the world goes into recession and there’s demand destruction,” McMonigle said.

Russia’s invasion of Ukraine has set off fears of an epic supply shock. Russia, the No. 2 oil producer in the world last year, has struggled to find buyers for its oil because of a stigma of doing business with the country and sanctions uncertainty.

An estimated 1.5 million barrels per day of Russian oil has been displaced from the market since the war began, according to the IEF, the world’s largest international organization of energy ministers from 71 countries.

“If that number looks to be higher, not even necessarily a lot higher … you could see a pretty negative reaction in the market,” McMonigle said.
For weeks, oil prices have swung wildly as investors struggle to make sense of the supply situation. In early March, US crude briefly spiked to $130 a barrel, the highest level since 2008. Brent crude, the world benchmark, hit nearly $140 a barrel. That spike raised inflation fears and triggered concern of an energy-fueled slowdown or even recession.
Even now, there is considerable uncertainty over precisely how much Russian oil has been sidelined.
“The market’s not really trading on fundamentals anymore. It’s trading on the whims of the war and a guessing game,” said McMonigle. “You have the fog of war and then you also have the fog of energy market.”

US oil prices plunged below $100 a barrel on Tuesday on hopes of a ceasefire in the war, only to reverse course and spike back to $108 on Wednesday amid skepticism about a diplomatic breakthrough. They fell another 6% to about $101 a barrel Thursday after the White House considered releasing 1 million barrels of oil per day from the Strategic Petroleum Reserve. 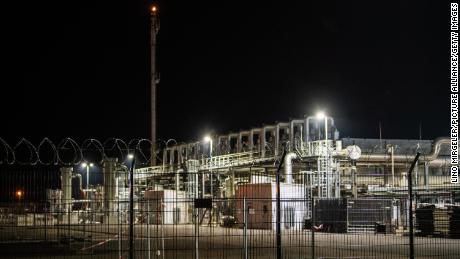 Pump prices, meanwhile, remain stubbornly high. The national average for regular gasoline is stuck at about $4.24 a gallon, according to AAA. That’s down just 9 cents from the record set earlier in March.
The longer energy prices stay elevated, the greater the risk the economy slows down or even tumbles into recession.
“I’m talking to a lot of energy ministers, especially from consuming countries, who are quite concerned about high energy prices,” McMonigle said, “concerned not just about the impact on consumers in their countries but also the world economy.”

That concern is leading to speculation that the United States and other nations will team up to release more oil from emergency reserves. The International Energy Agency announced a coordinated release of 60 million barrels of oil in early March, a step that has done little to ease supply shortage fears.
McMonigle recalled how when he served as the IEA’s vice chairman, energy officials would hold tabletop exercises to game out how they would respond to various scenarios. 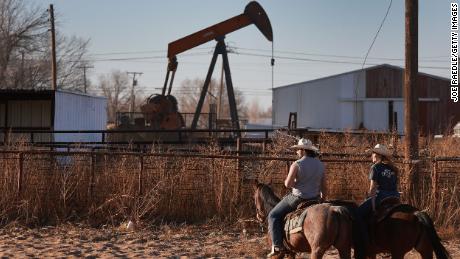 “I can assure you a situation like today was never practiced. This is a very challenging problem,” McMonigle said. “I don’t envy any of the decisionmakers here.”
Is another coordinated emergency oil release in the cards?

McMonigle said he has no inside information on that but stressed that the IEA indicated the release in early March was just an initial step.
“They will do it, if it’s necessary to make sure the market is well supplied,” he said.
Source: Read Full Article