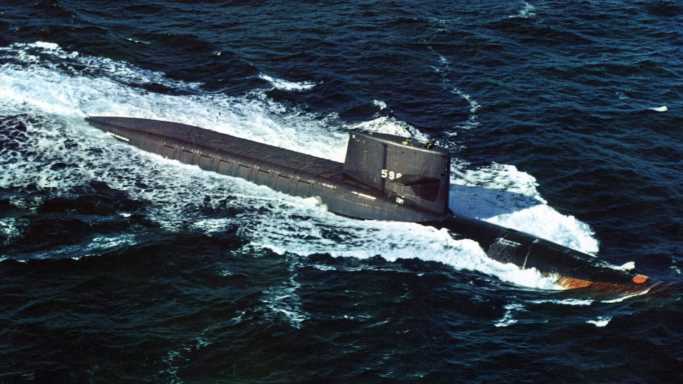 Tensions rising between Russia and the West over Russian leader Vladimir Putin’s invasion of Ukraine has caused many to wonder if this is the closest the world has come to nuclear war since the Cuban Missile Crisis of 1962. For now, U.S. and other policy experts have downplayed the risk of nuclear war, but it’s difficult for anyone to believe that the risk is zero. (These are the countries that control the world’s nuclear weapons.)

The biggest threat of a massive city-leveling nuclear strike comes from intercontinental ballistic missiles, or ICBMs, large missiles designed primarily (but not exclusively) to deliver nuclear warheads to targets thousands of miles away. (See how far the most powerful missiles can travel.)

Unlike low-altitude, shorter-range cruise missiles, these rockets can deliver nuclear warheads at speeds of up to 25,000 kilometers per hour (15,534 mph). This makes them much harder to intercept or destroy in the roughly 30 minutes it can take between launch and impact anywhere in the world.

Today only five nations have proven ICBM capabilities, with the largest stockpiles held by Cold War adversaries Russia and the United States. Russia’s most powerful ICBM, the R-36M2 Voyevoda, is a silo-based rocket capable of delivering a nuclear payload of up to one megaton, the equivalent of one million tons of TNT, up to 11,000 kilometers (6,835 miles) away. America’s Trident II missile has a shorter range of 7,800 kilometers (4,845 miles) and delivers less than half the firepower of the Voyevoda, but multiple Trident II missiles can be launched from submarines, which can get them closer to their targets.

China, Britain, and France are also able to strike any target on the planet thanks to their land- or submarine-based ICBMs. North Korea has been expanding its long-range missile capabilities in recent years and is believed to be close to having nuclear missiles capable of striking the U.S. homeland.

Here are the world’s most powerful ICBMs

To determine the most powerful intercontinental ballistic missiles, 24/7 Wall St. reviewed an analysis from Military Today. ICBMs were ranked based on range, power, number of warheads carried, accuracy, basing, and technological capabilities. Only operational and deployed missiles were considered.