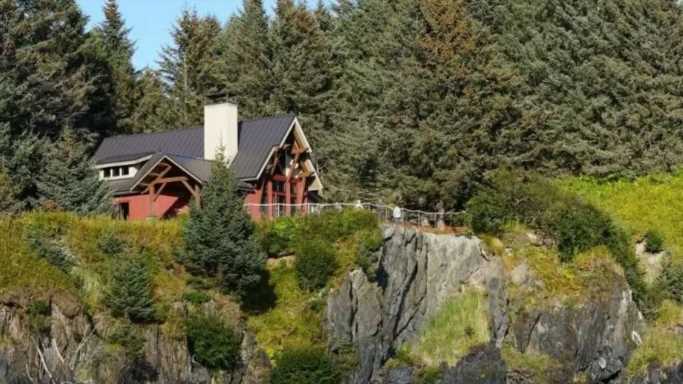 This home is located at 6096 Cliff Point Road, Kodiak, Alaska. According to listing agent John Herrity, “The owner’s name is Joe, and it’s known as Joe’s Cabin. But it’s a step above a cabin—it has all the amenities of any luxury home.” The home is in a remote location. Kodiak Island has a population of about 13,000 people. The only practical way to reach the house is via a flight from Anchorage, the state’s largest city. Even Anchorage is fairly small for a city, with its population of less than 300,000.

The house at 6096 Cliff Point Road has another disadvantage. It is not very large. It covers only 2,348 square feet and has just three bedrooms and three bathrooms. However, it does sit on 29.95 acres. There is a carriage house with one bedroom and one bath. It was built in 2019.

The listing says the property can be subdivided into as many as 10 lots. However, the value of doing that may be limited because of the remote location. Also, the house already may be a hard sell. It has been on the market for 252 days.

Click here to see the states where incomes are rising the fastest.