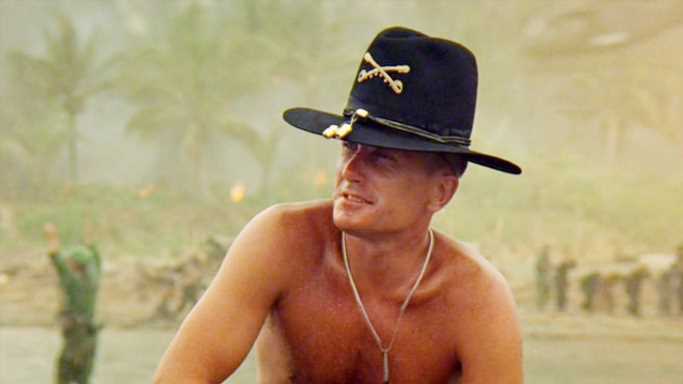 Unlike most film genres, in war movies, writers and directors often tie the movies to a specific incident, no matter how fictional the characters or implausible the plot. Sometimes, however, the best war movies do connect themselves to an actual figure or battle. Imagination sometimes trumps reality, but not always.

A fair number of the greatest war movies tie scripts to biographies. Notable among these are “Patton” and “Sergeant York.”

Another notable common point among the best war pictures is the fact that many are about a small number of conflicts. Most notable, Vietnam, World War II, World War I and the Civil War take the top places, perhaps because they were among the largest in American history in duration and casualties.

The movies we considered include films from every decade, starting with 1930. Our list included classics, as well as more recent, well-received films, and they all convey their messages effectively, either by using comedy or by exploring the darkness of war.

To determine the best military movie of all time, 24/7 Tempo developed an index using average ratings on IMDb, an online movie database owned by Amazon, and a combination of audience scores and Tomatometer scores on Rotten Tomatoes, an online movie and TV review aggregator. All ratings are as of October 2021 and were weighted equally. Only movies tagged with the word “military” or the war genre tag on IMDb with at least 10,000 audience votes were considered. Movies that have military elements but are not explicitly about the military experience were excluded. Directorial credits and cast information come from IMDb.

The best war movie of all time is “Apocalypse Now,” released in 1979 and directed by Francis Ford Coppola. Here are the details.

Click here to read about all the greatest war movies ever made.