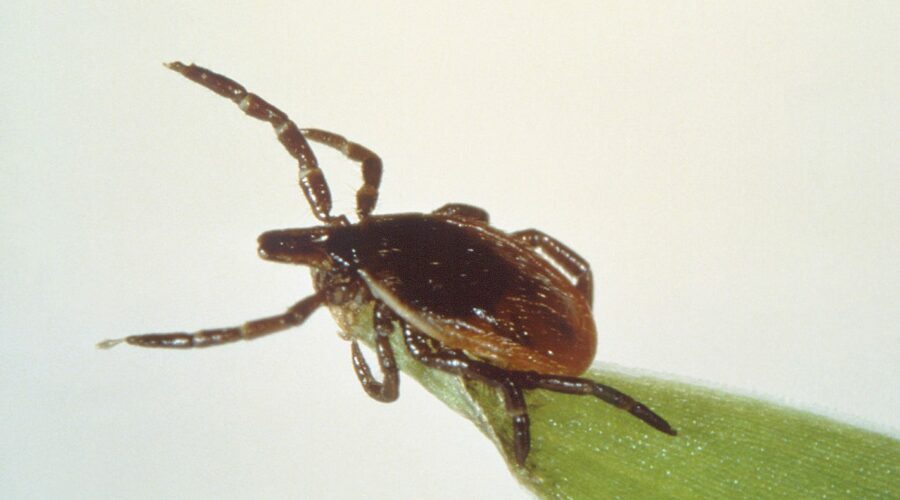 Gardeners, anglers and hikers all have at least one thing in common this time of year —  concerns about ticks.

These little arachnids can be a significant problem for people venturing outdoors. Ticks can be more than just a nuisance since they also can spread disease.

This fact may be the most widely known in Pennsylvania, which has had the most cases of Lyme disease from ticks in the country every year since 2011.

Leah Lind, the Lyme and Tick Borne Disease coordinator within the Pennsylvania Bureau of Epidemiology at the Department of Health, feels the numbers for infections during last year might be lower than 2019 because of the coronavirus pandemic.

She believes people didn’t go to the doctor or hospital as they normally would because of concerns about the coronavirus. People who may have had symptoms of Lyme disease went undetected because people didn’t seek treatment as they would in normal years.

Early symptoms of Lyme disease include fever, fatigue, headache, muscle aches, joint pain and a skin rash that can sometimes appear like a bull’s eye.

Tick tips: 6 ways to get rid of (and prevent) backyard bugs

Graph depicting the life of a tick (Photo: CDC graphic)

What do you do after a tick bite?

Now is the time of year when tick bites are common. “We’ve been seeing an increase in (emergency room) visits,” Lind said.

She said you don’t have to seek medical attention for all tick bites, just when your skin appears to be infected, red or swollen.

Where are ticks found?

Nicole Chinnici, the director of the Dr. Jane Huffman Wildlife Genetics Institute at East Stroudsburg University, said ticks like moist, cool conditions and that’s when they are prevalent on taller grasses.

“Ticks are more active in the morning,” she said about the cooler, wet time of the day.

When it’s hot and dry, the ticks stay under leaf litter to find moisture. But this time of year, it’s easier to see them in grassy areas and along field lines where there’s moisture on top of the foliage. She said a snowy winter protects ticks as the snow helps to incubate them in the cold environment.

The researchers usually see a decline in samples in August when the hotter, dry weather drives ticks back under the ground cover.

You don’t have to be in the woods to be around ticks.

Chinnici said many people receive tick bites while walking on their own lawns. She said yard work, clearing out leaves and working in gardens can put people at risk.

“The highest tick populations are found on the edge of wooded areas, she said.

Lyme disease-infected ticks are found in these areas because the ticks like to use mice as their hosts and mice have bacteria. It’s believed white-footed mice are significant carriers for Lyme disease bacteria. Researchers believe ticks that feed on mice are highly likely to become infected, making them capable of transmitting Lyme disease to people.

How do I check for ticks?

People who do spend time in nature should check themselves when they come back in the home. Chinnici said to check your body for ticks and also to take a warm shower within two hours of being outside.

She also recommended brushing your dog that spends time outdoors to remove ticks. Pet owners should check with their veterinarians about the different medicines that can be used for tick and flea prevention as well.

If you find a tick attached to your body, she suggests using tweezers to pull the tick from your skin. She said to avoid using lotions or other items that may aggravate the tick as that could cause it to regurgitate back into your body.

“We still want people to go outdoors,” she said, but they should be aware of ticks.

There's one good way to remove a tick that could be carrying Lyme disease.

If you are planning to spend time outdoors, Chinnici recommends spraying your shoes and clothes with permethrin spray that’s available in stores. The chemical kills ticks on contact. She points out that it’s only for clothing, not skin.  For your skin, you can use insect repellant to reduce the chance of a tick staying on your body.

Lind agreed with protection efforts and pointed out the key areas are your shoe, socks and pants. “They crawl up,” she said about the bugs being found in grassy areas.

She said campers can spray their gear and tents with permethrin to keep ticks at bay. The spray can remain effective for about six weeks or so. “It’s good through several washings.”

To reduce the spread of the disease from mice to ticks to humans, research is underway to create technology to vaccinate mice.

Right now there are tick tubes available to reduce the chances of mice spreading Lyme disease to ticks. She said the tubes have cotton balls sprayed with permethrin that kills ticks. Mice take the cotton to build nests and then the ticks who host on mice die when the rodents lay in their nests.

Brian Whipkey is the Pennsylvania Outdoors columnist for Gannett. Contact him at [email protected]

30/04/2021 Business Comments Off on They’re back: How to check for ticks and what you should do if you’ve been bitten
Markets