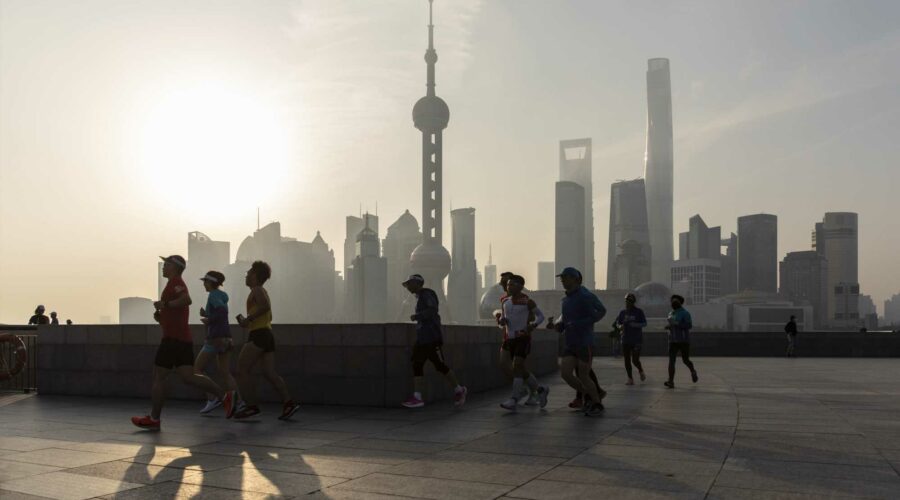 China's debt has grown dramatically over the past decade and is one of the biggest economic challenges confronting the ruling Chinese Communist Party, which turns 100 this week.

Beijing identified the ballooning debt pile as a potential threat to economic stability, and in recent years tried to reduce the country's reliance on debt for growth. But that deleveraging effort came to a pause for much of last year due to Covid-19.

The pandemic last year hit China's economic growth and prompted authorities to make it easier for companies to get loans. As a result, China's debt — measured against the size of its economy — soared to record levels in 2020.

Here's a look at China's rising debt through the years and its effect on economic growth.

China accumulated debt rapidly in the wake of the global financial crisis in 2007 and 2008, when authorities doled out a massive stimulus package that was largely funded through bank loans.

The country's debt levels stabilized for several years before accelerating again to reach an all-time high of nearly 290% of gross domestic product in the third quarter last year, data by the Bank of International Settlements showed.

But China isn't the only country that recorded a surge in debt in 2020.

Other major economies such as the U.S., Japan and those in Europe similarly saw an uptick in debt-to-GDP ratios, BIS data showed. It occurred as governments around the world increased spending to help businesses and households tide through challenges caused by the pandemic.

But the composition of China's debt is unlike the U.S. and Japan.

The corporate sector in China accounted for a large proportion of total debt at more than 160% of GDP, according to BIS data. Meanwhile, government debt made up the largest share of total debt in both the U.S. and Japan, the data showed.

With its economy recovering from the pandemic, China has renewed a multi-year effort to rein in debt in recent months — after pausing for much of last year.

That effort has shown some results. China's outstanding total social financing, a broad measure of credit and liquidity in the economy, rose 11% from a year ago at the end of May — slowing from a 11.7% growth a month earlier.

Economists at British bank Barclays projected that credit growth in China will be between 10% and 10.5% by the end of this year compared with 13.3% at end-2020.

A debt-fueled economic boom following the global financial crisis helped China to overtake Japan as the world's second-largest economy — measured in nominal terms — in 2010. China has remained in that position since then, second only to the U.S.

China now aims to become an advanced nation. President Xi Jinping said in November that it's possible to double the size of China's economy and per capita income by 2035, reported state news agency Xinhua.

Some observers, however, said Beijing may not achieve its economic goals. That's because China's crackdown on debt will dampen its economic prospects in the coming years, while an intended transition to rely more on consumption to power growth has shown little results.

Others have said those obstacles will merely slow — and not derail — China's overall trajectory. They argued that it's only a matter of time before the Asian giant overtakes the U.S. as the world's largest economy.