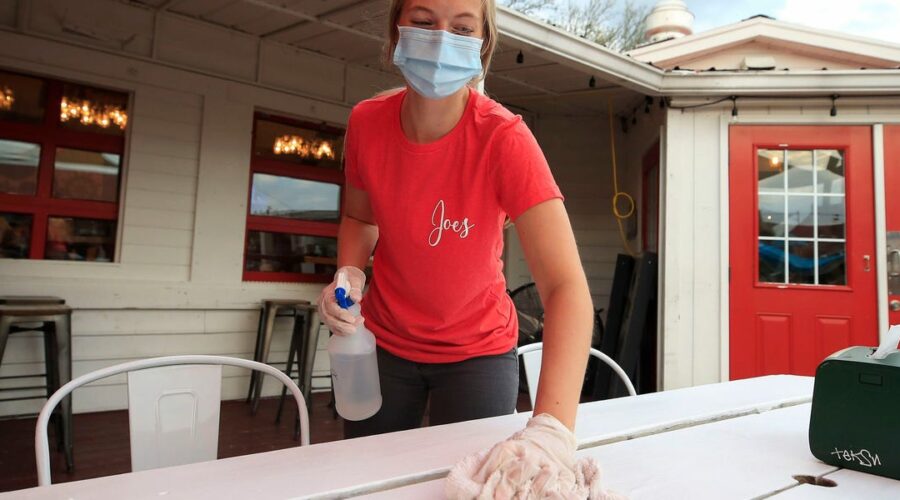 The current US labor shortage, which is hitting industries from education and healthcare to hospitality and ride-hailing apps, is holding back the nation’s economic recovery from the pandemic, the US Chamber of Commerce said Tuesday.

In some states and some industries, there are fewer available workers than there are vacancies, according to a new report by the Chamber.

The Chamber said that being unable to hire qualified workers is “the most critical and widespread challenge” businesses currently face. It said that businesses that don’t have enough employees are forced to reduce their hours, scale down operations, and, in some cases, permanently close.

There are 1.4 available workers per job opening in the US, according to the Chamber, which used the most recently available data from March. This rate is just half the average of the last 20 years – and the Chamber said it’s continuing to fall.

The ratio is much lower in some sectors than others. In professional and business services, private educational services, and private health services, there are less available workers than job openings, according to the report. And for government vacancies, this rate – known as the worker availability ratio (WAR) – falls to just 0.16.

Some states have been worse hit than others. In South Dakota, Nebraska, and Vermont, there is fewer than one available worker per vacancy, per the report.

In comparison, at the peak of the financial crisis in 2009, the WAR across the US was almost eight.

In a May survey of state and local chambers of commerce leaders, 90.5% said that the “lack of available workers” was slowing their local economies. In comparison, half as many – 44.9% – said that COVID-19 was holding the economy back.

And in the Chamber’s survey of top trade association economists, 88% said it was at least “somewhat difficult” for businesses in their industry to find workers.

The Chamber is calling on federal policymakers to invest more in employer-led job education and training programs, expand access to childcare for working parents, and reform the legal immigration system to help employers meet demand for high-demand jobs in labor-strapped sectors.

Hiring in the US private sector accelerated through April, aided by the vaccine rollout, but some industries have been hit by huge labor shortages. Uber and Lyft have struggled to find enough drivers, small business owners fear they won’t be able to pay rent, and New York City restaurants could take months to find enough staff to function properly.

Insider’s Ayelet Sheffey reported that the labor shortage could be down to a mix of unemployment benefits, COVID-19 health concerns, caring responsibilities, and low wages.

Bank of America expects the job market to recover by early 2022.

02/06/2021 Business Comments Off on The US labor shortage is 'national economic emergency' getting worse by the day, the Chamber of Commerce said. In some states, there are more job vacancies than available workers.
Markets