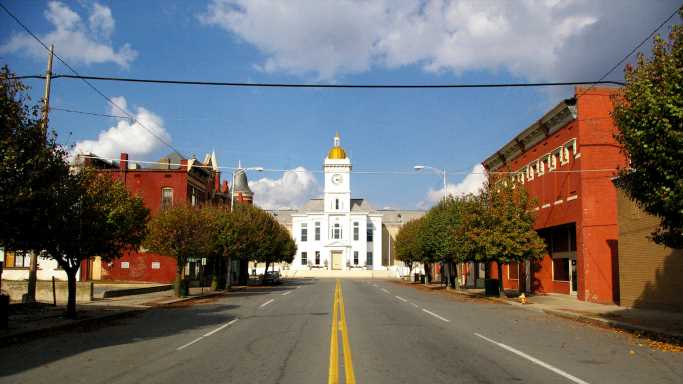 Segregation has been a fact of life for decades, in some cases as far back as the 18th century. Over some of that period, the practice was driven by laws passed to keep Black and white Americans from living together. In 1896, in a decision known as Plessy v. Ferguson, the Supreme Court said that segregation was constitutional. It was not until Brown v. Board of Education in 1954, that the Supreme Court ruled it was unconstitutional to segregate public schools. Finally, the Civil Rights Act of 1964 outlawed discrimination. However, the practice has not ended, practically.

It has been more than five decades since the Fair Housing Act of 1968 outlawed housing discrimination on the basis of race, sex, national origin and religion, and still segregation persists in some of America’s largest cities, with white Americans living in majority-white neighborhoods and Black Americans in majority-Black neighborhoods.

To identify the most segregated city in America, 24/7 Wall St. calculated the percentage of Black residents who live in predominantly Black census tracts (where at least 50% of the population is Black).

Nationwide, 19.5% of Black Americans live in majority-Black neighborhoods. Segregation often limits access to education and employment opportunities for residents of minority communities and contributes to racial disparities in urban areas.

The most segregated city in America is Pine Bluff, Arkansas. Here are some details:

Pine Bluff, Arkansas, was the site of a student sit-in movement in 1963. Today, Pine Bluff is the most segregated metro area in the country. An estimated 80.8% of the Black population of Pine Bluff live in predominantly Black neighborhoods, more than four times the 19.5% national figure.

In determining the most segregated city in America, 24/7 Wall St. considered metro areas in which a larger share of Black residents live in racially homogenous African American neighborhoods as more segregated. All data came from the U.S. Census Bureau’s American Community Survey (ACS) and are five-year estimates through 2019.

To calculate segregation and other socioeconomic inequalities at the metro area level, we aggregated data from the census tract to the metropolitan area level using boundary definitions from the Census Bureau. Census tracts are statistical subdivisions defined by the U.S. Census Bureau that have an average population of approximately 4,000 people. Census tracts with fewer than 500 residents were excluded.

Data on poverty, educational attainment, average home value and homeownership across predominantly Black and predominantly white neighborhoods came from the ACS and was aggregated from the census tract to the metropolitan area level. Data on poverty and median household income for all white and all Black residents in each metropolitan area are original estimates from the ACS. Data on racial composition in each metro area also came from the ACS and are original estimates.

Click here to read about the most segregated cities in America.