(CNN)The coronavirus pandemic has turned life upside down around the world, with many workers losing their jobs, economies plummeting and parents worried about reopening schools.

But the US is being hit harder in more than one way. Not only does the US have the highest number of cases and deaths; the US population is also suffering more mental health consequences than people in other countries, according to a new report from the Commonwealth Fund released on Thursday.
“As our country struggles with the surging number of cases and the economic havoc that the pandemic is wreaking, people in other countries are living a different, better reality,” Dr. David Blumenthal, president of the Commonwealth Fund, said in a news release alongside the report. “Americans should realize that our country can do better, too.” 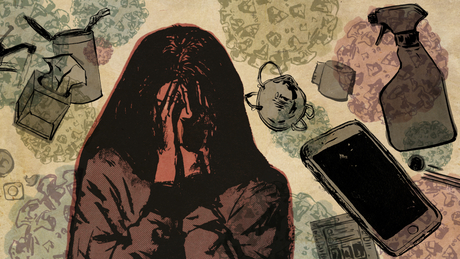 Americans had the highest percentage, 33%, of people reporting experiencing stress, anxiety or great sadness that was difficult to cope with alone. The countries with the next highest levels were Canada and the UK, both of which reported 26% of people feeling anxious or stressed.
The country with the lowest levels was Norway, where 10% of adults reported these mental health concerns.

“Past research show that even prior to the pandemic, Americans were already among the most likely to experience emotional distress,” the report read. “It seems that in several countries the pandemic has contributed to higher rates of emotional distress compared to before the outbreak.”
There are a number of reasons why the US could be doing worse when compared with other countries — a lack of universal insurance coverage, trusted sources of primary care, social support programs and leadership response, according to one of the report authors, Eric Schneider, who addressed these in a news briefing on Wednesday.
Effective leaders, he said, “have used clear and consistent messaging based on scientific evidence and the advice of experts.”

The mental toll of the pandemic 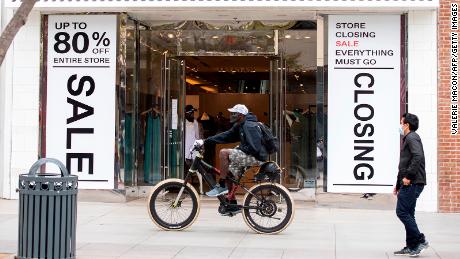 More than 30% of adults in the US also reported that they were faced with negative economic effects. Again, this was significantly higher than in any of the other countries included. These economic worries were also linked with mental health issues.
“Fifty-six percent of U.S. adults who reported experiencing any negative economic consequences of the pandemic also reported having mental health distress,” the report said.
Adults in the US, Australia and Canada were the most likely to report having lost a job or source of income due to the pandemic.
As in all the other categories examined by the survey, Americans had among the lowest opinions of their government’s pandemic response.
Only 33% of Americans said they felt central government leaders had done a “very good” or “good” job. Germany had the highest positive response rate, with 94% of Germans approving of their national government response.
While the positive US response to state, regional and local government leaders was higher, only 51% approved of local leadership. France was the lowest at 35%. 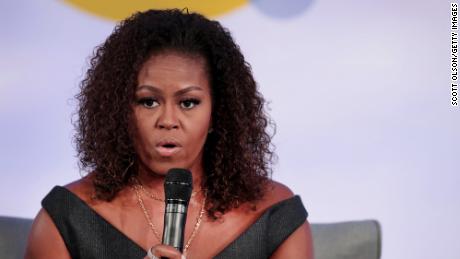 One thing all of the countries agreed on, however, was a positive response to how their health care practitioners had responded to the pandemic.
Every country included in the survey had mare than 75% of people saying hospitals, nurses and doctors had done a “good” or “very good” job at responding. The majority of countries were even higher, with over 85% responding positively to this group.
The survey included 8,259 adults interviewed between March and May 2020. The survey responses came from a nationally representative sample of adults in the US and nine other high income countries: Australia, Canada, France, Germany, the Netherlands, New Zealand, Sweden and the U.K.

Why Americans may be facing greater mental health and economic burden

There are general features of health care systems in other countries that “may be blunting the mental health and economic challenges experienced by people of other countries,” Schneider said. 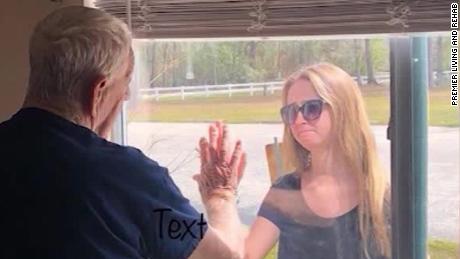 These include universal insurance coverage, trusted sources of primary care, social support programs and leadership response.
Universal insurance coverage can soften the financial blow of unexpected illness, Schneider said, but simply being insured is not enough.
Many Americans are underinsured, meaning that they can be exposed to high out of pocket expenses, or surprise billing.
“Residents of countries with universal coverage report less anxiety and financial worry than Americans experience,” said Schneider.
Other countries are also more likely to provide everyone access to trusted sources of primary care, Schneider said. This is frequently the first point of contact for those with mental health concerns and the main source of care for common problems such as depression or anxiety.
They can also play a large role in informing patients with Covid-19 knowledge, something that can help reduce anxiety, he said. 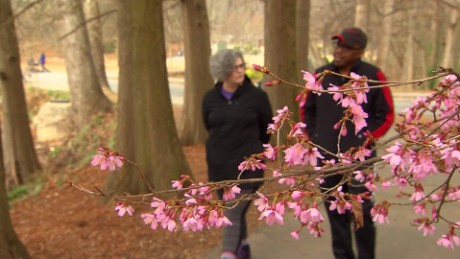 Social support programs, which Schneider said are more generously funded in other countries, could address the economic and mental health challenges affecting people in the US.
Those that are particularly important in the midst of a pandemic and sudden economic recession are paid sick leave, unemployment insurance and childcare and education.
Finally, Schneider highlighted the large differences in the views of leadership pandemic response. Effective leaders, he said, “have used clear and consistent messaging based on scientific evidence and the advice of experts.”

Sign up here to get The Results Are In with Dr. Sanjay Gupta every Tuesday from the CNN Health team.

They have also avoided politicizing decisions about things such as stay at home orders, and recommended disease control steps, like mask use.
“These are just some of the key features of other country health systems that may account for the lower mental health and economic burdens people report compared to Americans,” said Schneider. “As the pandemic continues to challenge all of our nations at different times we will, for better or worse, have a chance to learn more from other countries about ways to strengthen our US health system.”
Source: Read Full Article