‘Right now, we are increasing production in anticipation of the demand during the festive season.’
‘If the demand doesn’t come back, all the production will languish in the factories.’

But the good news for the auto industry is that Maruti clocked an increase of 15.3% over July, and Hyundai’s increase was nearly 20%.

Is there reason to be optimistic for an uptick in auto sales?

Vinnie Mehta, below, director general, Automotive Component Manufacturers Association of India, tells Shobha Warrier/Rediff.com in the first of a two-part interview, “Never in the history of the automotive industry had we seen 0% sales, but we had 0% sales in April 2020.”

Last year when we spoke around the same time, you had said that never in the history of automotive sector in India have you had such a bad phase. Was 2020 worse?

The financial year 2018-2019 was one of the best performing years for the automotive industry. But then, in FY19-20, the industry witnessed a severe downturn, and the overall vehicle sales came down by 18%.

So, when the year ended in March this year, the supply chain had been affected because of the pandemic, and we had the lockdown announced.

Never in the history of the automotive industry had we seen 0% sales, but we had 0% sales in April 2020. Along with that, we had 0 production in April too.

So, the first quarter of this fiscal year had been a complete washout for the automotive industry.

While in FY18-19 the auto components industry recorded a turnover of $57 billion, the next year, we had a drop of 12%.

This year is also going to be a difficult year, but the good news is that industry seems to be ramping up now with the unlocking of the economy.

Month on month, that is July over June and August over July, the sales and production of the vehicle industry have been improving.

But even before the pandemic, the economy was on the downslide and the auto industry was suffering…

Yes, because of the economic slowdown, there was a huge drop in the consumption of vehicles, and the fiscal year 2019-2020 was one of the worst years for the automotive industry.

Everybody was talking about lack of demand for quite some time…

Yes, lack of demand at that time was because of poor economic performance, monsoon was not steady, we had technical issues as the industry was transforming from BS4 to BS6… There were many such underlying currents that led to the downturn.

Liquidity was a problem then, and it was very acute during the lockdown period.

There was completely no production and the value chain was in disarray.

The good thing is that the government stepped in and offered support in the form of loans, and moratorium on loan payment for small and medium enterprises. This helped the small-scale industries very much.

I believe that the government did well in addressing supply side concerns.

Now it is the time to create demand.

Right now, we are increasing production in anticipation of the demand during the festive season.

If the demand doesn’t come back, all the production will languish in the factories.

The government has to take measures to create demand. 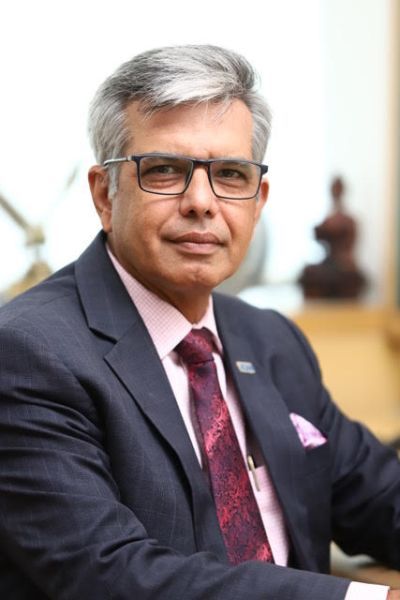 Like, the automotive industry, for a very long period, has been saying that the GST rate on vehicles should be brought down from 28% to 18%.

This is the third downturn the industry is facing in the last 20 years.

Each time the downturn happened, the government stepped in and supported the industry by reducing the excise duty.

Taking a leaf from past experience, it may not wrong to request the government to help us by reducing the GST rate to a uniform 18% not only for the vehicle industry, but for the component industry as well.

Yes, ever since the GST was implemented in 2017, we have been asking the government to adopt this measure.

The next thing that is awaited very much is the scrappage policy.

If it is announced, it will create demand by taking older vehicles off the road, And it will also address the issue of pollution.

Though we have graduated from BS4 to BS6, the problem of pollution will continue as long as the older generation vehicles keep plying on the road.

They need to be taken off the road for the new technology to have the desired result.

The government has been talking about green shoots appearing in the rural sector.
Demand for tractors, two wheelers, etc has risen in rural areas because of agriculture performing well even during the lockdown.
Can rural demand drive the entire economy and also the automotive sector forward?

Demand going up in the rural sector is a ray of hope.

The rural economy was never locked down; it continued to function because it was very agriculture driven.

Rural India did not suffer much because of the pandemic.

It is the towns and cities that suffered the most due to the pandemic and the subsequent lockdown.

We are very hopeful that the unlocking of the economy will have a benign impact on consumption including the auto industry.