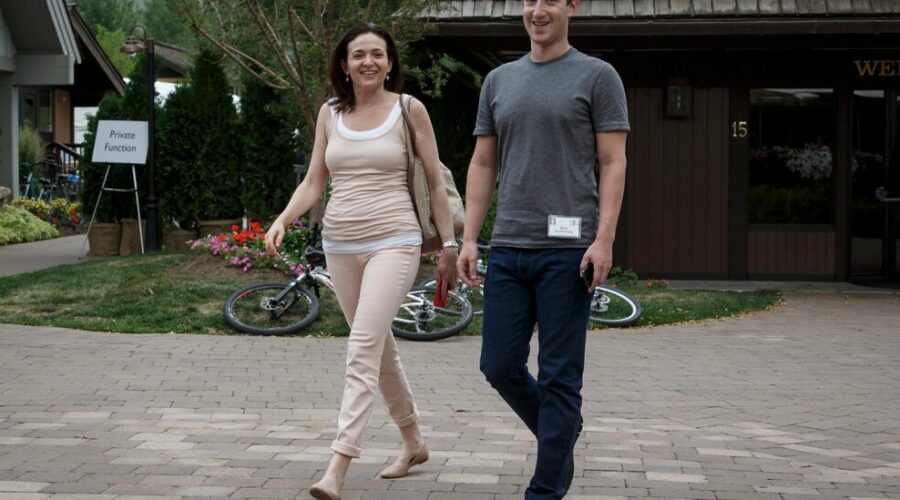 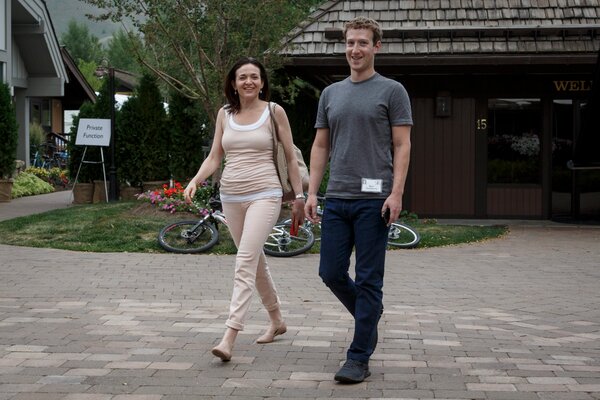 The Times’s corporate media reporter, Edmund Lee, writes about why the tiny resort town of Sun Valley, Idaho, is now teeming with billionaires.

The annual event some call “mogulfest,” hosted by Allen & Company, is where major deals are struck and corporate disputes are settled — or sparked. Verizon’s purchase of AOL, for example. Or Comcast’s blockbuster acquisition of NBCUniversal.

This week, corporate titans, foreign leaders, Wall Street barons and the Silicon Valley elite have made their way to the Sun Valley Lodge to talk shop. (They skipped last year because of the pandemic.) The guest list conjures a keen sense of the postindustrial Gilded Age: the cable giant John Malone; the Facebook founder Mark Zuckerberg; the Google founders Larry Page and Sergey Brin; the Apple chief Tim Cook; Warren Buffett; Bill Gates; Mike Bloomberg and on and on. (The 90-year-old Rupert Murdoch, a regular, will sit out this year.)

Naturally, reporters are there, too. The masters of the universe will smile and wave — they’re happy to see an eager news media standing witness to their importance — but they’ll never talk about what’s really happening, who they’ve been meeting or what deals they’re contemplating. Why would they?

In earlier years, reporters could sidle up to moguls and share a drink. Now, reporters aren’t allowed in the resort.

I have assembled a few of the best Sun Valley anecdotes from years past with the help of veteran media reporters. Here’s an abridged version of the time a group of reporters almost hit Zuckerberg and then someone tried to take his company, as told by Kenneth Li:

The biggest scoop never published at Sun Valley had to do with Mark Zuckerberg in 2010. One evening, several reporters hopped into someone’s rental car to head into town for dinner. As we tore out of the parking lot, we nearly hit the Facebook founder. At least one of us tweeted: “We almost hit Mark!” The tweets went viral and reached Paul Ceglia, a person who was looking to file a lawsuit against Mr. Zuckerberg claiming he owned 84 percent of Facebook. Mr. Ceglia DM’d several of us. He was trying to locate Zuckerberg to serve him papers. We told him Sun Valley isn’t exactly a secret location. The next day, on a crisp July morning, Mr. Zuckerberg was served.

The scope of the Kaseya ransomware attack grows. Experts said the cyberattack, which affected up to 1,500 organizations worldwide, was the biggest ever to involve ransomware. Separately, the Republican National Committee said it had been hacked; a Russian intelligence agency is the chief suspect.

The Pentagon ends its $10 billion cloud contract with Microsoft. The 10-year project, known as JEDI, had been overshadowed by an Amazon lawsuit arguing that it was steered away from Jeff Bezos’s company under pressure from Donald Trump. The Biden administration said the dispute had stretched out so long that the underlying technology would soon be outdated.

U.S. gas prices rise as big oil producers squabble. The average price of a gallon of regular gasoline is up nearly a dollar from a year ago, AAA said, and may rise another 20 cents through the end of the summer. The disagreement between Saudi Arabia and the United Arab Emirates over production quotas appears unlikely to be solved soon.

Eric Adams is declared the winner of the Democratic primary for New York City mayor. He narrowly beat out Kathryn Garcia, according to the latest tally of votes. Yet neither Garcia nor the third-place finisher, Maya Wiley, conceded, suggesting they may challenge the results.

AMC again demonstrates the power of meme-stock traders. The movie chain, a darling of internet investing boards, called off a plan to sell 25 million new shares amid opposition from the retail investors who propelled its unlikely rise.

Should Didi’s investors have seen this coming?

Shares of Didi, the Chinese ride-hailing app, have hit the skids only days after the company’s U.S. I.P.O., as Beijing cracks down on tech companies in the name of cybersecurity. For China’s business elites, it showed that staying out of politics was no longer an option, The Times’s Li Yuan writes. And since the moves seem at least partly intended to discourage listings of Chinese tech companies in the United States, it’s a lesson for American investors, too.

Who knew what, when? The Wall Street Journal reported that Chinese authorities had suggested to Didi that it delay its I.P.O. in order to inspect its cybersecurity practices, but Didi said it had no knowledge of the harsh restrictions imposed on it after listing. In Didi’s I.P.O. prospectus, there were plenty of warnings to potential investors, like that a recent self-review of business practices ordered by Chinese regulators uncovered “a number of areas which could be deemed problematic.”

Is that enough to protect the company and its I.P.O. advisers from investor lawsuits? It will probably be tested, especially if Didi’s shares continue to languish below their offer price. After falling 20 percent yesterday, Didi’s shares are down another 4 percent in premarket trading.

Investors may reassess the risk of investing in Chinese companies. The gap between what investors are willing to pay for Chinese stocks and U.S. stocks has narrowed: The average Chinese company now trades at a price-to-earnings ratio of 17, up from about 10 over much of the past decade and closer to the 22 ratio of the average S&P 500 stock. Today, China’s antitrust regulator hit Didi, Alibaba and other tech companies with fines for past mergers that it said violated antimonopoly laws. In an already busy week for Beijing asserting itself over some of the country’s most successful multinationals, it was another costly reminder for local business leaders — and global investors — of who’s calling the shots.

If any beauty company was positioned for pandemic lockdowns, it might be Glossier, the digitally native purveyor of skin care and makeup for the internet set. The nearly seven-year-old company plans to announce today that it has raised $80 million in new capital (at what we hear was a $1.8 billion valuation). Its founder, Emily Weiss, told DealBook that the new capital would help finance a renewed push into physical retail stores.

Glossier is still all about e-commerce. Last March, the pandemic forced the company to shut its popular retail stores to refocus on its core online business. Sales grew double-digits overall and across all product categories. “Candidly, our customer is used to meeting us online,” she said. Roughly 80 percent of the company’s sales are currently from e-commerce.

But Glossier sees value in physical stores. Weiss announced last month that the company planned to reopen brick-and-mortar stores, starting in Seattle and Los Angeles, as well as in London — its first permanent international location.

The stores will have human resources professionals and a revamped training curriculum that will have some focus on diversity and inclusion, part of a continuing response to former employees accusing the company of racism and mistreatment.

New funding will help that re-expansion. Leading the round is Lone Pine Capital, along with existing investors like Forerunner Ventures, Index Ventures and Thrive Capital, as well as a financing line from JPMorgan Chase.

Weiss says bigger financial maneuvers, like going public, may come down the line as investors seek popular direct-to-consumer brands. “An I.P.O. is a likely path at some point,” she said, quickly adding, “but we do not have immediate plans.”

Aon-Willis Towers Watson versus the world

Regulators around the world are winding up reviews of the proposed $30 billion merger of Aon and Willis Towers Watson, with one major exception. The U.S. Justice Department’s lawsuit to block the insurers’ combination, filed last month, is heading to court. Yesterday, after the parties fought in filings over timing, the judge set a trial date for November and warned that a case backlog may delay it further.

The court split the difference between dueling dates. Aon and Willis were eager to start the trial this summer, saying that a long delay would jeopardize the deal, which was first announced in March 2020. But the government was in no hurry, proposing that the trial start late next winter. It said that the companies slowed the process by asking to review divestments that ultimately didn’t satisfy antitrust concerns. In a rare show of bipartisan consistency, a merger initially held up by the Trump administration is now a vehicle for President Biden to demonstrate his trustbusting bona fides.

The U.S. is out of step with the rest of the world, Aon’s lawyers have implied, noting that the companies expect to “have the necessary clearances to close the transaction with every relevant antitrust authority” by late August. Taiwan approved the deal in May without any divestments. South Africa just recommended conditional approval after the companies divested parts of their reinsurance business. And the E.U. set an August deadline on whether to approve the deal, after the companies sold more than $3 billion in assets. An Aon spokesman said that the company expected the E.U. to approve the deal.

The U.S. case may complicate reviews in other countries, tempting regulators to wait and see what happens in Washington. Authorities around the world have shared information about the merger, according to the Justice Department, and they pay attention to one another’s moves.

Reese Witherspoon’s media company is reportedly exploring a sale that could value it at $1 billion. (WSJ)

The British fintech app Wise has gone public via a direct listing in London, a rarity on that exchange. (Bloomberg)

Inside the rush to spend $350 billion in federal pandemic relief funds. (NYT)

Biden called on employers to set up clinics at work and offer paid time off to help more Americans get vaccinated. (NYT)

Meet the start-ups trying to cash in on the remote-working boom. (NYT)

Iceland’s experiment with a shorter workweek (at the same pay) was deemed an “overwhelming success.” (CNBC)

The first teaser for the next season of “Succession” is out: “That sounds kind of, like, dramatic, Tom.” (HBO)