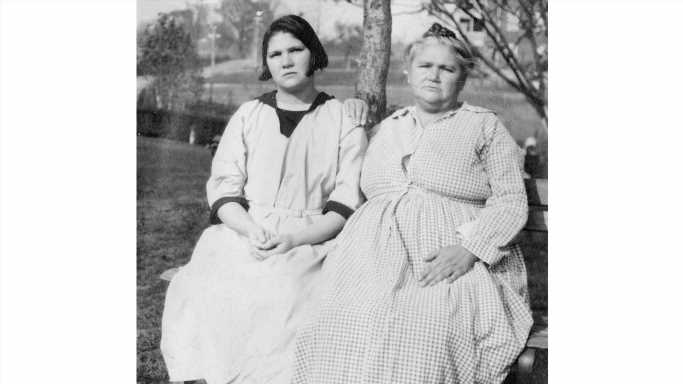 The field of eugenics — a word derived from the Greek for “well-born” or “of good birth” — was introduced in England in 1883 by a polymath named Francis Galton, a half-cousin of Charles Darwin. He coined the term and wrote a book about selective breeding in humans. Like horses and dogs, he proposed, people could be bred to promote positive characteristics, such as intelligence. (They can’t, but animals probably can. These are the smartest dog breeds in America.)

In the United States a movement grew out of Galton’s ideas, but with a different twist; eugenics offered an argument for keeping people with unfavored characteristics from having children. The concept gained popularity in the 1920’s and ‘30’s, supported by academics, scientists, and the progressive movement. A few states began to pass laws allowing for the compulsory segregation and sterilization of people seen as unfit to reproduce. Advocates argued that this practice was beneficial, not only to society at large, but to the victims, who would be spared the responsibility of raising children.

In 1927, a single sterilization in Virginia changed the course of the eugenics movement, giving it legitimacy and momentum. Carrie Buck, a 17-year-old inmate of the Virginia State Colony for Epileptics and Feebleminded, had given birth to a child — deemed feebleminded at six months of age — as a result of rаpe by a foster family member. Like her mother and daughter, Buck was considered mentally deficient and authorities ordered that she be sterilized to avoid future pregnancies.

Buck challenged the order and her case went to the Supreme Court, which allowed the sterilization to proceed. The court held that, “It is better for all the world…if society can prevent those who are manifestly unfit from continuing their kind.” In the infamous concluding words of Justice Oliver Wendell Holmes, “Three generations of imbeciles is enough.”

The case won wider acceptance for eugenics, and the number of sterilizations increased dramatically throughout the U.S. into the 1930’s and beyond. Some 32 states eventually adopted legally documented eugenics programs involving sterilization, usually forced. (Fortunately, the promotion of eugenics doesn’t need to be included in our listing of the worst thing about every state.)

Poor people like Carrie Buck — and women in particular — were the primary victims. Foreigners and people of color were also targeted. Under the laws of most states, homosexuals, epileptics, criminals, the mentally deficient, and the insane, mostly from institutions and asylums, could be forcibly sterilized. Even when consent was required, it was often a quid pro quo for gaining release from a facility.

While sterilizations were still performed well beyond World War II, the Holocaust and mass forced sterilization in Nazi Germany (a practice influenced by American practices) helped end popular support for sterilization, and the 1960’s and ‘70’s saw the repeal of most state eugenics laws. In 2013, North Carolina became the first state to express regret for its eugenics history by setting up a fund to compensate victims still living.

Information on the 32 states with sterilization programs — including the number and sex of victims, the years programs were in effect, and specific details about laws and practices in each state — is drawn from research conducted by two groups of honors students at the University of Vermont as edited and amended by Lutz Kaelber, an associate professor of sociology at the university.