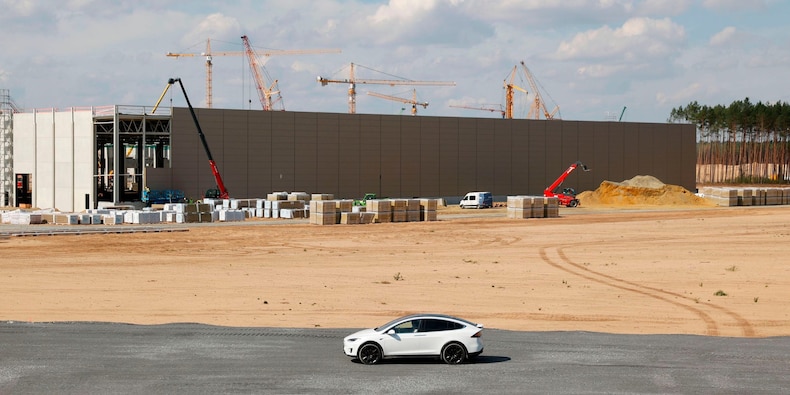 Tesla will extend its rally through 2021 as rivals fail to catch up in the expanding electric-vehicle market, Morgan Stanley said Tuesday.

Analysts led by Adam Jonas lifted their price target on the automaker’s shares to $810 from $540, implying a 10% climb over the next 12 months from Tuesday’s closing level. The new target is now the highest among Wall Street analysts and follows Tesla’s 740% surge in 2020.

Morgan Stanley also boosted its forecasts for deliveries to 5.2 million vehicles by 2030 from 3.8 million. The range of possibilities is “admittedly high,” but Tesla is still poised to outperform its rivals in the new year, the analysts said in a note to clients.

Better-than-expected deliveries in the fourth quarter signal continued demand for its electric cars. The $5 billion in funds raised in 2020 will help develop two new factories and sustain the automaker’s sales momentum, the bank added.

“We struggle to find a more innovative company with the ability to execute against the high degree of difficulty inherent in sustainable transportation and energy at scale,” the team said.

Read more: Fundstrat’s Tom Lee says to buy these 10 transportation stocks that were the hardest hit by the pandemic and are most leveraged for the economy’s reopening in 2021

Morgan Stanley reiterated its “overweight” rating on the automaker. The bullish note boosted Tesla as much as 5.1% on Wednesday to a record intraday high.

The bulk of Morgan Stanley’s price-target upgrade was attributed to higher delivery estimates over the next decade. Increased production can directly benefit Tesla’s Network Services arm and the company’s insurance business. Tesla’s demonstrated ability to quickly raise funds led the analysts to also lift their outlook for the automaker’s third-party battery sales.

Tesla is also unburdened by some of the environmental liabilities faced by legacy automakers, the team said.

Other analysts expect a likely Democrat-controlled Senate to further aid the EV sector. Democrats are projected to win both Georgia Senate runoff elections, giving the party unified control of the government for the first time since 2011. Such a backdrop lifts the odds for EV tax credits and incentives for consumers to buy electric cars, Wedbush analyst Dan Ives said in a note.

Tesla – and its “iron grip” on the EV market – can benefit massively from such policy, Ives added.

US private-sector employment shrank in December for the first time in 8 months, ADP says

06/01/2021 Business Comments Off on Tesla will rally another 10% to street-high price target of $810 as deliveries continue to accelerate, Morgan Stanley says
World News