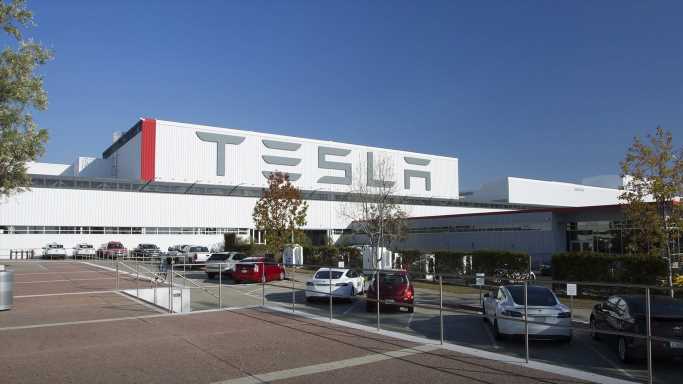 Tesla Inc.’s (NASDAQ: TSLA) shares are not up enough, according to one analyst who follows the company carefully. It has risen 694% this past year. It should be up another 48%, this analyst reasons. That would put its market cap at about the same level as Alphabet Inc. (NASDAQ: GOOGL), owner of Google, and the fourth most valuable American company based on market capitalization.

A Wedbush Securities analyst said it should be worth $1,250 a share, based on his bullish case, particularly for China sales. China continues to be the world’s largest car market by far, having moved ahead of the United States years ago. Tesla founder Elon Musk has a good relationship with the Chinese government, which needs to replace gasoline-powered cars because of its terrible air pollution problems in large cities that sicken people and shorten some lives.

Dan Ives of Wedbush believes demand in China could help push Tesla sales to a million in 2022, which is double the current level. He also sees as many as 5 million in sales by the end of the decade, which would be about half those of Volkswagen, the world leader.

Alphabet’s market cap is $1.17 trillion, compared to Tesla’s at $800 billion. Alphabet’s shares have risen 21% over the past year. That puts it behind Apple, Microsoft and Amazon in terms of market value.

The bull case for Tesla is in contrast to a growing bear case for Alphabet, which relies almost completely on advertising revenue from Google and YouTube. Online ad revenue has been hit by the pandemic, although it recovered somewhat toward the end of the year. Alphabet also dominates other businesses, which include online maps and its Gmail email system. The Android operating system is used on the majority of the world’s smartphones. However, it makes very little on these products. Its foray into hardware with smartphones, computers and home assistant consumer electronics have done very little to change its bottom line.

Alphabet also is under fire in the United States and European Union, which have charged that Google is a monopoly. Alphabet has a huge legal battle on its hands. In the worst case, it could face billions of dollars in fines or a breakup of the company.

Is it reasonable to believe Tesla should be worth as much as Alphabet? It is not an entirely implausible argument.