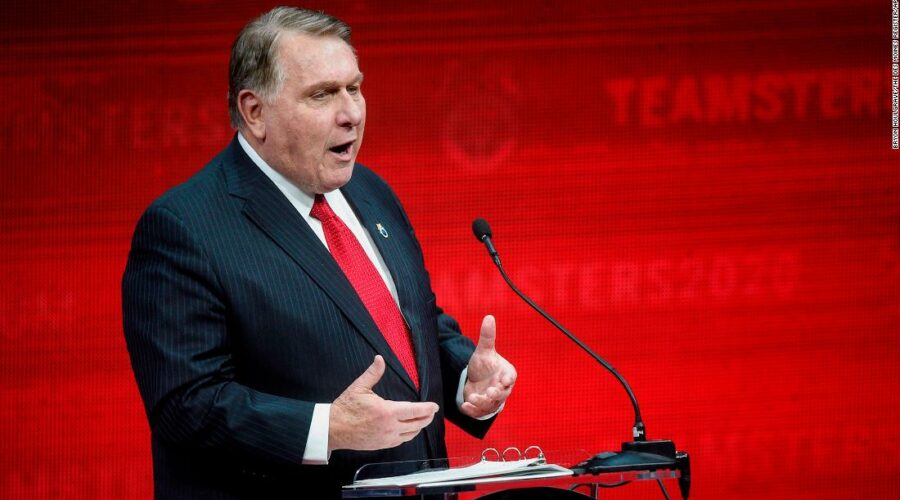 New York (CNN Business)The Hoffa era is about to come to an end at the Teamsters union.

And that could have a big impact on UPS (UPS), by far the union’s largest employer, and the millions of consumers and businesses that count on the nation’s largest trucking company.
The union has been led for the last 23 years by James Hoffa, son of legendary labor leader Jimmy Hoffa, who held the top job at the union less than half as long as his son.

This is the first election at the union in 30 years without Hoffa’s name on the ballot.

Hoffa, 80, is retiring, choosing not to run for another term. But it’s not clear he would have been reelected had he run again. He narrowly lost the vote in the union’s 2016 election among US Teamsters in the 1.4-million member union and needed a big turnout among Canadian Teamsters to gain a fifth term.

And Hoffa’s popularity took a hit in 2018 after the union negotiated at five-year deal at UPS that covered more than 260,000 Teamsters there at that time, only to have 54% of the rank-and-file vote against it. But fewer than the required two-thirds of eligible members participated in the ratification vote, so the union’s rules allowed Hoffa to put the contract into effect despite opposition. 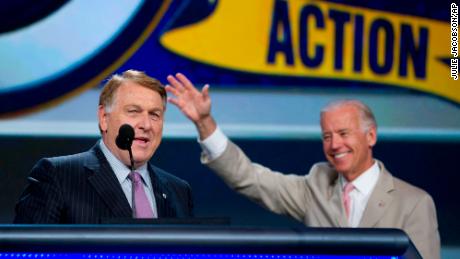 That contract, and another one over the upcoming 2023 UPS negotiations, are a major issue in the current campaign.
Sean O’Brien, one of the union’s two presidential candidates, vows a tough line with UPS, and vows to get a deal that will have the support of the rank-and-file this time.
With revenues and profits soaring at UPS — the company just reported record annual profits in just the first nine months of this year, with its busiest season yet to come — the UPS Teamsters are eager for a much better contract in the upcoming 2023 negotiations.
“We’re going to make UPS an example. Striking is a last resort, but if a company is not negotiating in good faith, we’re going to get what our members deserve,” said O’Brien in an interview with CNN Business. “Our members are thirsty for change in leadership, and they’re disappointed in the last contract. Everyone wants to get what was coming to them.”
O’Brien had run on Hoffa’s slate in 2016, but has been on the outs with Hoffa since the UPS negotiations that followed two years later. At times, O’Brien seemed to be running more against Hoffa than the candidate who is actually on the ballot, Steve Vairma, a Teamster out of Denver, whom Hoffa has endorsed. Vairma defends the UPS contract, calling it “one of the best contracts in our entire union.”

And Vairma said that O’Brien’s attacks on the UPS deal will make it harder for the union to win upcoming organizing efforts, including at Amazon (AMZN), a key target for not just the Teamsters but all of organized labor.
“You keep demonizing that contract,” Vairma told O’Brien during a recent debate. “How do you think you’re going to organize people like Amazon when the first thing that they throw out there is, ‘Your people think …that the UPS contract is the worst agreement in there. Why should we join your union?'”
O’Brien responded only by winning much better contracts can the Teamsters hope to organize additional members.
“If we’re negotiating concessionary contracts and we’re negotiating substandard agreements … why would any person want to join the Teamsters union?” he said during that debate.
Winning the right to represent workers at what are now nonunion companies is crucial for the Teamsters. While UPS has added 60,000 Teamster jobs since the 2016 election, the number of members eligible to vote has increased by only 3,000, showing the broad declines elsewhere. The union now represents only a small fraction of truck drivers outside of UPS.
Back when Jimmy Hoffa was making the Teamsters among the strongest union in the world, it dominated long-haul trucking nationwide. Its clout made Hoffa famous, and infamous. 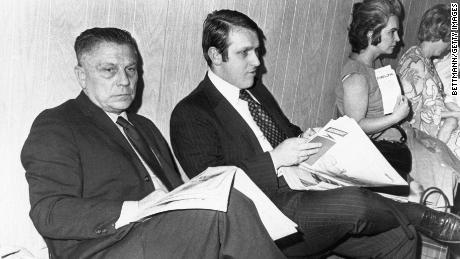 But the union had ties to organized crime that would eventually force it to operate under federal oversight. Reaching an agreement to end that federal oversight in 2020 was a key accomplishment of James Hoffa’s tenure, whose background was as an attorney, not a truck driver.
Jimmy Hoffa ended up in federal prison for jury tampering. In July 1975, soon after President Richard Nixon commuted his sentence, Hoffa famously disappeared, widely rumored to have been killed by mob associates. His body was never found.

Soon after that came the deregulation of the trucking industry, and the rise of nonunion competitors for the trucking companies that once employed most Teamsters. Today only 15% of the nation’s 9 million transportation jobs are held by union members according to the Bureau of Labor Statistics, and the overwhelming majority of those are at passenger airlines.
The nonunion jobs in trucking have driven down wages in the sector and created a truck driver shortage that now is a major factor in the nation’s supply chain crisis. Drivers aren’t interested in the job at current pay levels, with weeks at a time away from home and often sleeping in their trucks. Even increased wages in the nonunion sector can’t solve the problem, as drivers are taking the additional pay and driving less. 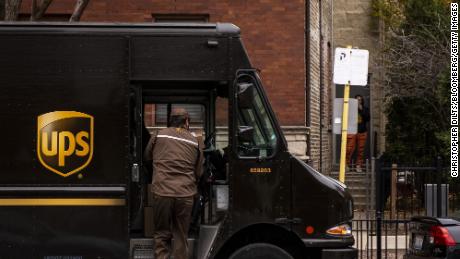 UPS doesn’t suffer from most of those problems, as most of its Teamster members are home every night, and even longer-haul drivers have predictable schedules. And despite its better pay, its scale allows it to compete even with nonunion competitors such as FedEx (FDX).
There are many things that the union wants to see changed at UPS, including limits on use of part-time workers, better starting pay, and a move by the company to have more workers deliver packages from their own vehicles. It also wants to eliminate lower retirement benefits for new hires.

A massive strike fund ahead of contentious talks

The union has built up a strike fund with at least $320 million. Vairma argues that O’Brien ispositioning the union to go on strike against UPS long before the first negotiations start. And he said that O’Brien’s campaign against the last contract was playing politics with workers’ economic well-being. 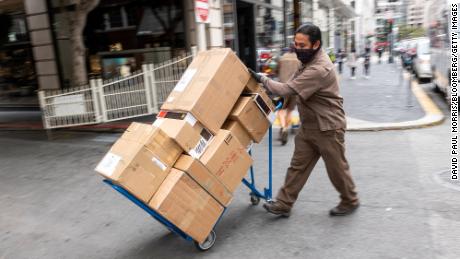 “When [opponents like O’Brien] said ‘Vote No’ on a contract before we even exchanged one single proposal with the employer, it’s ridiculous,” Vairma said during the debate, adding that a strike would harm members and should be avoided if possible.
“My opponent believes [that] tough talk and chest bumping are answers to complex problems, like emerging from the pandemic, negotiations with global employers, and organizing behemoths like Amazon,” Vairma said.
O’Brien counters that Vairma’s record shows he’s unwilling to push back hard enough against employers.
“I come from a very aggressive local in Boston,” he said to CNN Business. “Corporate America was a school yard bully, they only got away with what we let them get away with.
The early vote shows O’Brien far ahead, although the western district, where Vairma has his strength, and Canada, which saved Hoffa last time, have yet to report any results. Final results are expected Thursday or Friday.

A more militant US labor movement

The union rank-and-file seem at other companies seem to be taking a more militant position in recent months. Members of the United Auto Workers union have twice rejected tentative agreements reached by their negotiating committee. And only 50.3% of members working on movies, television and streaming shows voted in favor of two contracts reached by their union in a vote announced earlier this week.
The current tight labor market, with more job openings than job seekers, is one factor leading rank-and-file union members to take a more militant position, said Alexander Colvin, professor of labor relations at Cornell University. While he won’t predict who will win the Teamster presidential vote, he said whoever wins will have to take a hard line in upcoming talks with UPS.
“UPS is doing very well. They’re the winners in the pandemic,” said Colvin. “The members will see that as an appropriate time to push for more for themselves. Unions leaders right now need to be responsive to membership that are pushing for more.”
With low unemployment and a record number of job openings, workers and unions know that much of the leverage in labor talks has shifted from management to workers.

The Teamsters strike fund, and the ability of Teamster members on strike to find temporary jobs during any walk-out, could give the union the upper hand in those talks no matter who is the union’s president.
“It’s one of the classic determinants of labor power, the ability to sustain a strike,” said Colvin.
Source: Read Full Article