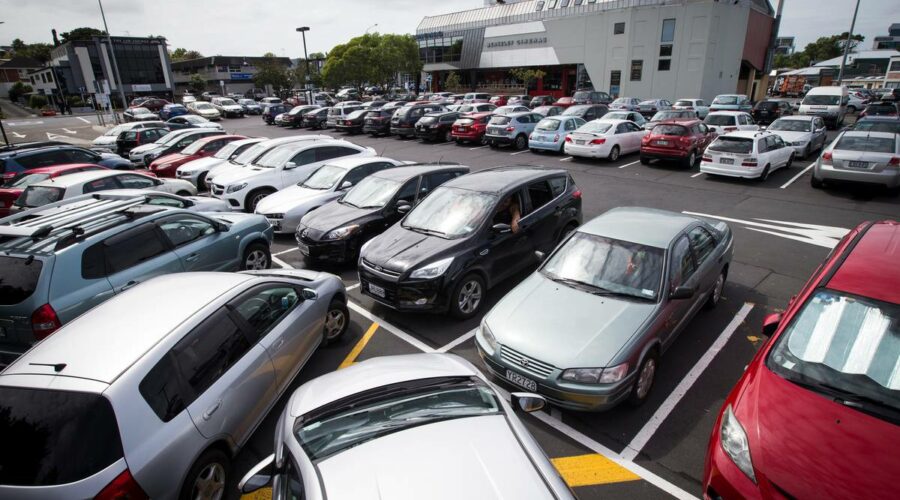 Elected North Shore representatives welcomed Willis Bond’s purchase of public land around Takapuna’s heart for a $400 million scheme, expressing anger that views of opponents were reported when the sale was announced last Monday.

Critics were in a minority, the leaders said.

Aidan Bennett, a Devonport Takapuna Local Board member, objected to the views of fellow board chair Ruth Jackson and member Trish Deans criticising the sale.

“Neither Deans, of Devonport, or Jackson, of Beachhaven, live in this area,” Bennett said, referring to Takapuna.

“They stood on a ticket aimed at stopping this development. I got involved in this local board game because of this anti-progress agenda that has throttled progress in our area for years. Previous members aligned with these two above have had this agenda for years and they are just continuing the nonsense,” Bennett complained.

It would pay for a new area carpark opened two years ago and a planned public square on what is now the Anzac St carpark, he said.

“The Panuku transforms are all designed to pay for themselves without taking from the ratepayer, using private development to fund the public upgrades,” Hills said.

The board had voted by a majority to support the design, size and position of the new Takapuna public space, he said, despite Deans and Jackson wanting to stop the sale.

“Interesting comments from some of our board members when the local board approved the Takapuna town centre redevelopment,” she said.

“I for one am so excited that Willis Bond are the development partners for this exciting project that’s going to revitalise Takapuna. What they’ve achieved in Wynyard Quarter and at Hobsonville Point is brilliant and signals a taste of things to come in our own patch,” van Tonder said.

Jan O’Connor, another board member opposed to the sale, asked: “I wonder when as owners of the site we will learn the price?”

Neither Hills nor Bennett know what the land has been sold for. Nor will Willis Bond or Panuku say.

Bennett, van Tonder and Wood agreed to receive the Takapuna town square concept design public consultation report and approved the concept of the new town square. The potential relocation of the Anzac war memorial is to be further investigated.

But Deans, Jackson and O’Connor voted against that, so the board was equally divided.

Bennett exercised his casting vote as chairperson so the decision succeeded.

Hills said public consultation on changes had been extensive. There were three or four rounds, so there was no way people hadn’t been heard.

“The Toka Puia carpark and the 3200sq m public space upgrade is funded from the sale,” he said of the Willis Bond purchase.

The extensive upgrade of Hurstmere Rd at Takapuna had been funded in a separate initiative.

“Unfortunately I am learning that trying to work constructively with council and Eke-Panuku etc is not good copy,” he said.

Bennett expressed confidence in plans for the carparking land.

“While some of my fellow board members have expressed concerns over the perceived loss of community space and might be uncomfortable with the scale, I am excited about what the development offers and it is a vital next step in Takapuna’s rejuvenation,” he said.

The local board had supported the project through developing, consulting on, then approving the town square concept plan.

“I have made no secret of the fact that I entered local politics to see progress for our community and this is real progress. If you want high-quality development, then you engage with the best developers, and this is what Eke Panuku have done in partnering with Willis Bond on the Waiwharariki Anzac Square Development. They have a great track record going back 34 years,” he said.

Despite the disruptions of the past couple of years, as a community Takapuna had made very good progress with the rejuvenation of its town centre, with the opening of the new Toka Puia carpark and completion of the Hurstmere Rd upgrade.

Other initiatives nearing completion were the new toilet block and landscaping on Gould Reserve and the development of the Patuone Walkway from Auburn Reserve to Esmonde Rd, he said.

“The development of the new town square is also underway, so this news of Willis Bond coming on board is very satisfying,” he said.

Takapuna was clearly not going to escape intensification, so as a community we must be embracing this and ensuring our infrastructure and amenities are keeping pace with this change, Bennett said.

“I am firmly of the belief that partnering with high-quality private sector developers is an important part of the equation. Council clearly doesn’t have the funds to do it all alone.”