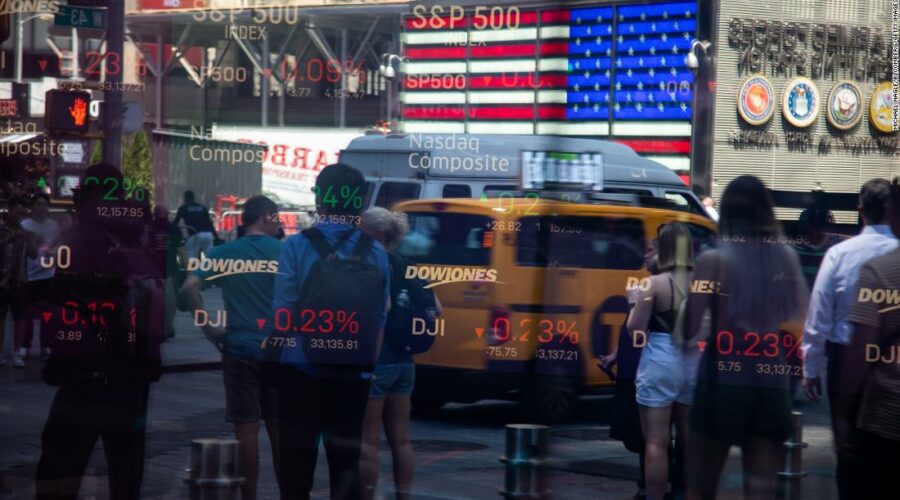 The net worth of households and nonprofit organizations dropped $0.5 trillion to $149.3 trillion in the first quarter, according to Federal Reserve Bank data released Thursday. That’s a notable turnaround from the robust gains in wealth that began in mid-2020, fueled by skyrocketing prices of homes and equities.
The first-quarter decline reflects the swoon in the stock market earlier this year, which slashed $3 trillion from the value of directly and indirectly held corporate equities. The total value of these holdings was $46.3 trillion in the first quarter, making it one of households’ largest assets.

The Dow and the S&P 500 each dropped nearly 5% in the first three months, while the Nasdaq plummeted nearly 9%. It was the worst quarterly performance for the markets since the first quarter of 2020 when the Covid-19 pandemic upended the US economy.

Weighing on the market this year have been Russia’s invasion of Ukraine, surging oil prices, soaring inflation, interest rate hikes by the Federal Reserve and continued concern about the Covid-19 pandemic.

But the decline in equities was partially offset by a $1.7 trillion increase in the value of real estate and a continued high rate of personal saving, the Fed said. Households and nonprofits held $44.1 trillion in real estate assets.
The ratio of household net worth to disposable income remained near its record high and continues to be far above its pre-pandemic level in 2019.

09/06/2022 Business Comments Off on Strategist: We're at peak pessimism (and why that's a good thing)
Markets