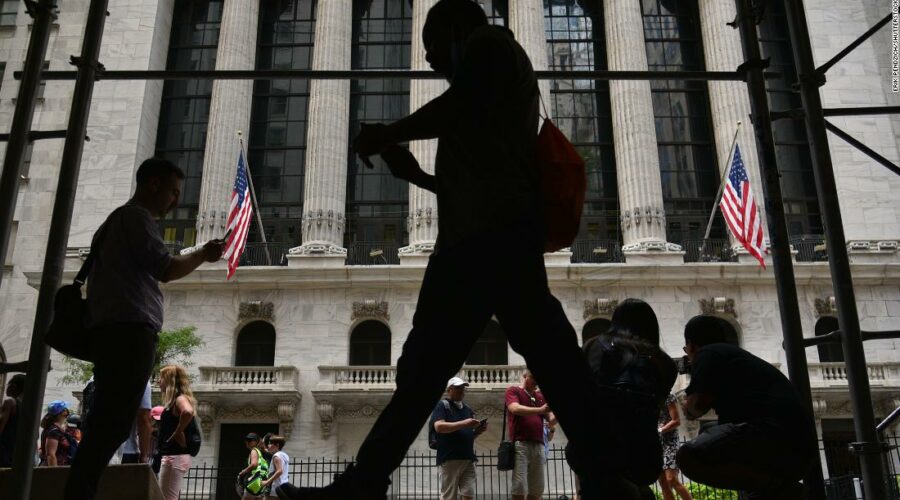 Mark Zandi is chief economist of Moody’s Analytics. The opinions expressed in this commentary are his own.

The stock market is having a rough go. Since hitting an all-time high on the first trading day of the year, stock prices have fallen by more than 20%. Known as a bear market, the losses have been financially painful. Trillions of dollars in stock wealth has evaporated this year.

Despite investors’ gloom, the worst of the bear market is at hand. Of course, stock prices are sure to go up and down in coming days and weeks. And though they will not come roaring back anytime soon, the downdraft in prices is nearly over.

Looking out on the next five years — the shortest horizon prudent for stocks given their volatility, and thus risk — annual stock returns in the mid-single digits seem likely. Sure, these aren’t the double-digit returns of the two decades since the dot-com bubble burst, but they are solid returns nonetheless.

My optimism reflects the view that stock investors have internalized a stark reality: To combat high inflation, the Federal Reserve will have to raise rates aggressively in the months ahead. Fed officials have made it clear they plan to double the federal funds rate, the interest rate they directly control, by early next year. If they follow through as investors widely expect, the funds rate ultimately will be at its highest point since before the financial crisis that occurred well over a decade ago.
Indeed, much of the decline in stock prices this year is the result of investors anticipating higher interest rates. Higher rates reduce the present value of future corporate profits, from which stocks ultimately derive their worth. In other words, higher rates mean the profits that businesses are expected to earn in the future are worth less today — and thus stock prices decline.

This helps explain why previously high-flying technology stocks, such as Meta and Amazon, have suffered among the biggest comeuppances in this bear market. Stratospheric tech company stock prices reflected lofty expectations that those firms would make oodles of money way into the future. They still may make lots of money, but higher rates mean those profits earned long into the future are less valuable.

Stock investors also rightly have high anxiety about the economy’s prospects and what that means for corporate profits. Investors seem all but certain of a recession, as the current price declines are on par with the median peak-to-trough decline in stock prices around every recession since World War II. And a growing list of Wall Street investment firms are warning of a looming economic downturn.
The good news is that stock investors have fully bought into all this bad news on interest rates and the economy’s prospects. That sounds strange, but to put it another way, the current low stock prices fully reflect all that has gone wrong. As such, if the Fed can simply raise interest rates as expected, and the economy is able to avoid an outright downturn, stock investors will stop selling, and the bear market will end. 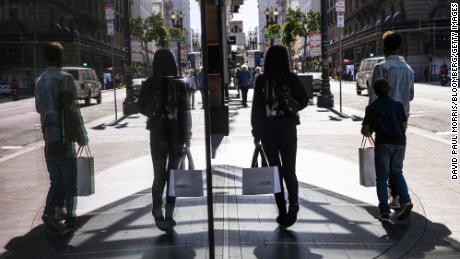 No doubt this is a big “if,” hinged largely on inflation steadily receding from June’s 40-year high. But it should. Oil and gasoline prices are falling quickly as the worst of the commodity market fallout from the Russian invasion of Ukraine appears to be behind us. Meanwhile, the pandemic continues to fade, allowing global supply chains to iron themselves out, which will ease shortages for everything from lumber to vehicles. Potential workers sidelined by the virus are also slowly getting back on the job, taking the edge off rising labor costs.
Most encouraging, inflation expectations — what consumers, businesses and investors think inflation will be in the future — have significantly receded since jumping in the wake of the Russian invasion. Chalk this up to the Fed’s aggressive actions. Expectations are typically self-fulfilling, and with inflation expectations back to the Fed’s target of 2%, it is a good bet that actual inflation will head quickly in the same direction.

While there is good reason to be optimistic that the bear market is near an end, stock prices are unlikely to move up meaningfully until it is clear the Fed has finished raising interest rates. There is no need to jump in and buy stocks now.
But it is also important to remember that timing ups and downs in the stock market is a daring and ultimately losing game. Most of us should ignore the market’s volatility. Don’t look. Invest for the long-run. The American economy and businesses, as always, will prevail. It may take time, but stock prices will rise again.
Source: Read Full Article

20/07/2022 Business Comments Off on Strategist: We're at peak pessimism (and why that's a good thing)
Markets