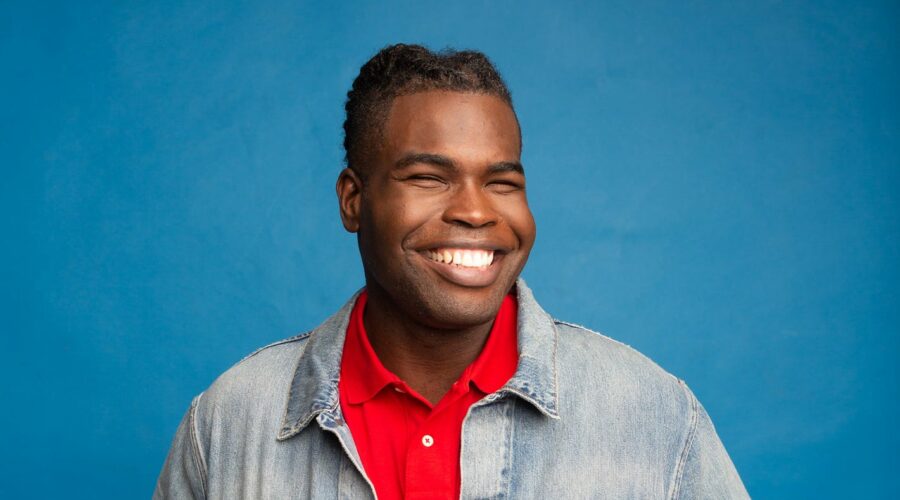 Bonds, who suffered blindness at the age of 10, has overcome childhood abuse, poverty, homelessness and abandonment.

And he has worked relentlessly to beat the odds.

Mario Bonds, an actor, singer and songwriter who is blind, will share his personal story about fatherhood after adopting his sons. (Photo: Courtesy of Yvonne Forbes)

“Many have lived the universal story of wanting to belong to someone — to have family or experience unconditional parental love. With my adoption of four boys came the opportunity for me to make the biggest impact yet,” said Bonds, a 33-year-old actor, singer, songwriter and professional speaker.

“While my story has taken me to Hollywood and back, my greatest accomplishment was the adoption of four boys, whom, despite my blindness, still think I’m ‘Super Mario.’”

Bonds, who lives in Washington, D.C., is among five Americans sharing personal stories about fatherhood during the Storytellers Project’s virtual storytelling show at 4 p.m. PT/7 p.m. ET on June 15.

Bonds will be joined by:

Minish, a blind NASA engineer, will share a story about his son becoming paralyzed on the right side, from his chest down, after a scuba diving accident off the coast of Africa and how their relationship changed after the tragedy.

Minish said he had a plan to rescue his son, but found himself leaning on his son’s faith and strength as they made their way home together.

“We all need to give more, serve more, live more and love more, and failure is not an option,” he said.

Phyllis Brodsky of Tucson, Arizona, will share a story for the Storytellers Project show "Fatherhood" on June 15. (Photo: Courtesy of Phyllis Brodsky)

Brodsky will share a story about growing up thinking she didn’t look like anyone in her family and asking her parents if she was adopted. At age 36, she learned the truth.

Lieberman, a performance artist and poet, will share his story of growing up as an orphan and living on the streets with no adult role models in his life and, despite it all, learning to become a devoted husband, father and grandfather.

Howard Lieberman of Stillwater, Minnesota, a performance artist and poet, will share a personal story on June 15 as part of the Storytellers Project's "Fatherhood" show. (Photo: Courtesy of Howard Lieberman)

“I want listeners to feel the pain and joy I experienced, and learn that those people they often avoid — homeless, drunk or stoned, loud — are humans just like them, and leave with a better understanding of what it means to be empathetic.”

This virtual storytelling night is part of the Storytellers Project’s 2021 storytelling season, which includes 43 national and regional shows. The series features stories from across the United States told by people coached by USA TODAY Network journalists and professional storytelling experts.

WATCH: Episodes from the Storytellers Project

Learn more about the Storytellers Project and apply to tell a story at https://www.storytellersproject.com/.