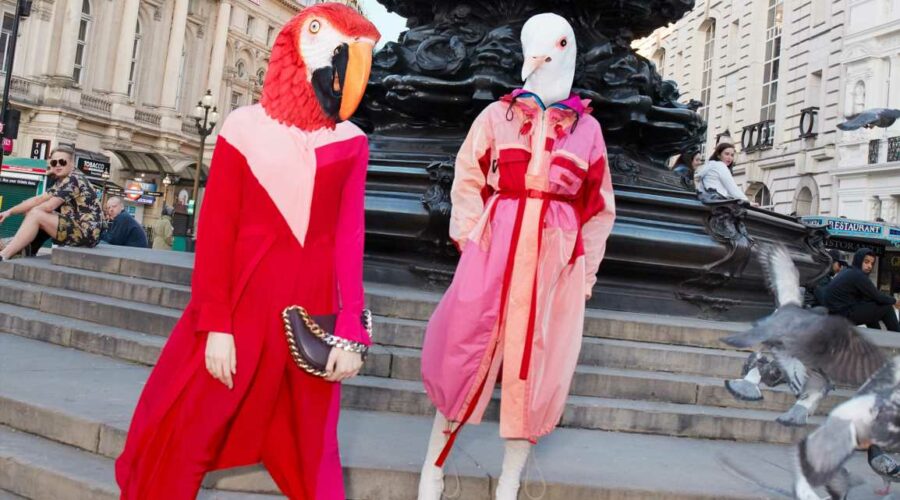 ANIMAL MAGNETISM: Fresh from the G7 summit in Cornwall where she joined fellow business leaders in arguing for a greener planet, Stella McCartney has released her latest ad campaign, a howl of support for wild – and domestic – animals.

McCartney tapped Mert Alas and Marcus Piggott to conjure a fantasy of animals “rewilding” London, living freely, clinking pints of beer, taking the Underground, playing music in Piccadilly Circus or just reading the newspaper (in this case, the Stella McCartney A-Z Manifesto, printed as a broadsheet).

The designer worked with the actor, comedian and author David Walliams on an comedy film that Walliams narrates as if it were a serious nature documentary, observing the bunnies, wolves and bears flashing their Falabella bags, Stella sneakers, tailored suits and bright, color-block dresses as they go about their business in Mayfair, St. James’s, Piccadilly Circus and Trafalgar Square.

“It’s something that people on the whole still find very difficult to digest and perhaps don’t agree with necessarily in the way in which they come at luxury fashion, so adding humor almost softens the conversation, making it digestible, but still impactful and educational which is the most important thing,” added McCartney. 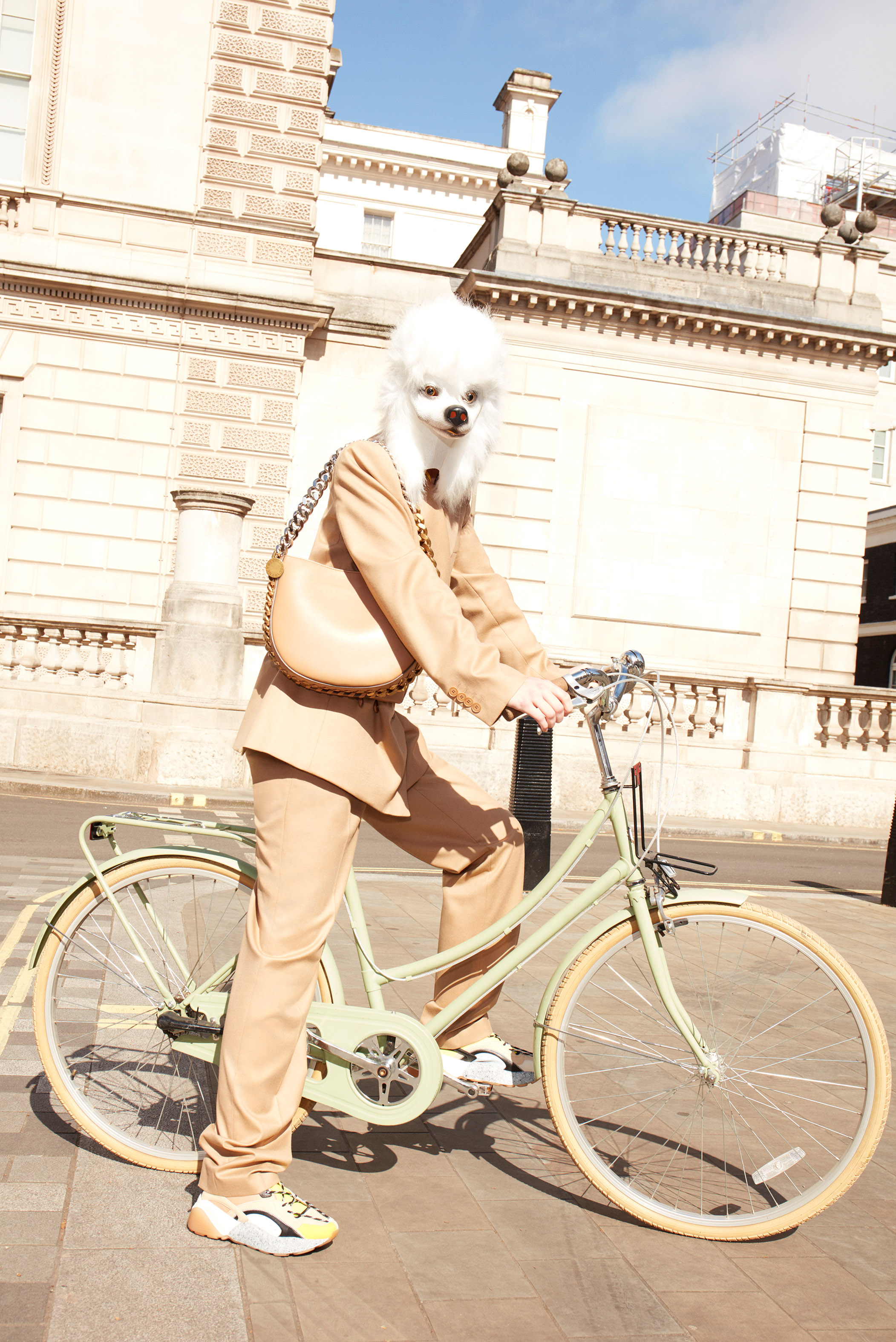 McCartney’s brand has been vegetarian for 20 years, and she was also one of the first labels to conduct an environmental profit and loss audit, EP&L, which her company now does every year.

The group had an official meeting with world leaders at the G7 summit, which ran from June 11-13 in Cornwall. The ceos represent more than 300 global business leaders who form part of the Coalition of the Willing, which was convened by The Prince of Wales as part of his Sustainable Markets Initiative.