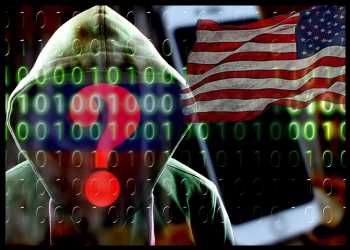 The United States has offered a reward of up to $10 million for information leading to the identification or location of Russian Military Intelligence Officers who are engaged in cyber attacks against U.S. critical infrastructure.

The U.S. Department of State’s Rewards for Justice (RFJ) program is seeking information on six officers of the Main Intelligence Directorate of the Russian Army for their role in a criminal conspiracy involving malicious cyber activities affecting U.S. critical infrastructure in violation of the Computer Fraud and Abuse Act (CFAA).

The Russian officers named by the State Department are Yuriy Sergeyevich Andrienko, Sergey Vladimirovich Detistov, Pavel Valeryevich Frolov, Anatoliy Sergeyevich Kovalev, Artem Valeryevich Ochichenko, and Petr Nikolayevich Pliskin. They were part of a conspiracy that deployed destructive malware and took other disruptive actions for the strategic benefit of Russia through unauthorized access to victim computers.

They were behind the June 27, 2017, destructive malware infection of computers in the United States, and worldwide using malware known as NotPetya. These cyber intrusions damaged the computers of hospitals and other medical facilities in the Heritage Valley Health System in western Pennsylvania, a large U.S. pharmaceutical manufacturer, and other private firms. These cyber attacks are estimated to cost the affected U.S. firms nearly $1 billion in losses.