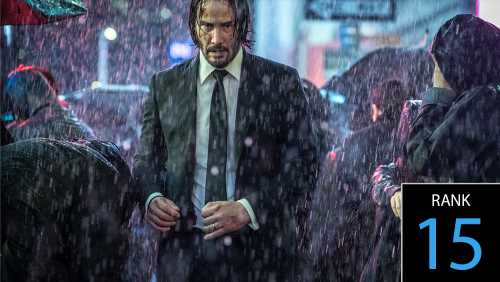 Starz CEO Jeff Hirsch said 50% of the movies in its sunsetting first window deal with Sony did less than $10 million at the box office, a reason it moved to a new agreement with sister company Lionsgate/Summit, whose pictures are fewer but resonate more with the Starz audience.

“Other than three movies [he mentioned Spider-Man, Venom and Jumani] they were not resounding with our viewers,” he said during a Q&A at a virtual media conference hosted by MoffettNathanson Research.

“If you take those out, none of the other movies were in the top ten” on the service.

“Based on our consumer data … on a title by title basis, we didn’t think the value was there to pay for that pay one [window]. When we looked at the 13 or 15 titles we were getting from Lionsgate, they were more impactful to our base.”

In March, Starz closed a multiyear, exclusive first window output deal for all theatrically released Lionsgate and Summit label films when current agreements expire at the end of 2021 and the end of 2022. It includes franchises John Wick as well as Borderlands, White Bird: A Wonder Story, Are You There God, It’s Me Margaret, Hunger Games prequel The Ballad of Songbirds & Snake and future installments of the Saw franchise.

That replaced a deal with Sony that dated back to 2005. (A month later, in April) Sony set a new licensing deal with Netflix for theatrical titles starting in 2022.

He noted that Starz still has Disney on the second window – so Frozen is still going great guns on the service —  and Sony in the second and third windows.

He also reiterated that original series are key to growing the service over time.

Hirsch is positioning Starz as a “B-tier” DTC platform focused on adults led by Black women, without sports news or kids’ fare, and expanding globally.

Asked if the economics of first window deals are changing along with windows, he said it’s too early to tell. “I think that has yet to be determined. It depends on how long the PVOD window is… Obviously, the closer to box office, the more economic value there is to us.”

“I think there will be mechanisms in all these deals … sooner or later … that actually change the economics based on delivery.”

He said Starz is not looking to launch an ad-supported platform as many streamers are doing. “It’s not a model we are that interested in. By adding an ad tier, you have to have the scale to compete for digital dollars with everyone else” — not just rival streaming services but Facebook and  Google.

And asked if he anticipates a wave of M&A among streamers in an increasingly crowded market, he said he sees commercial agreements with bundled services coming on first. “The more things change, the more things stay the same, and we think we can be that complementary bundling partner.”

“It’s the next phase of evolution, more commercial arrangements than consolidation. We are in this phase right now where people are in the launch phase and people are trying to figure out where they are and what they’re good at … Then after that, who knows what will happen.”