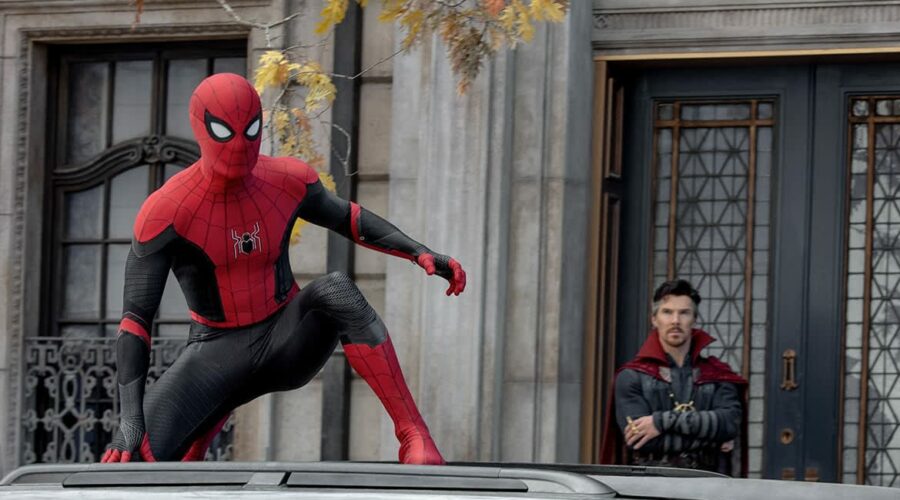 "Just as the industry was preparing for the first $100 million opening weekend of the pandemic era, 'Spider-Man: No Way Home' swung into theaters and obliterated expectations by hitting that mark by the end of Friday," said Paul Dergarabedian, senior media analyst at Comscore.

Sony, a co-producer on the film alongside Disney, upped its estimate for the full weekend, stating it now expects the film to top $240 million during its debut. Its initial estimate suggested the film would score around $130 million. Box office analysts told CNBC that they foresee the film generating closer to $250 million, or even reaching $265 million.

"Projections have only continued to increase as this film captures the zeitgeist and brings back many moviegoers for the first time during the pandemic," said Shawn Robbins, chief analyst at BoxOffice.com.

Already, "No Way Home" is the highest-grossing pandemic era opener, surpassing "Venom: Let There Be Carnage," which took in $90.1 million over first three days in cinemas. It will also likely land in the top 10 highest opening films in cinematic history, as one of only eight films to exceed $200 million during its first weekend, according to data from Comscore.

Audiences rushed to theaters early this weekend to catch "No Way Home" before potential spoilers could be leaked online. The box office saw similar fervor back in 2019 when "Avengers: Endgame" was released, which resulted in the highest domestic and global opening of all time.

Box office analysts foresee audiences returning to theaters to see the film multiple times, as was seen with "Endgame," and expect the film to have solid ticket sales over the next few weeks.

"With incredibly strong word of mouth and the holiday season hitting full swing, there's a very real chance this will end up as the second-biggest opening in history," Robbins said. "Or at least in the top four even with highly conservative projections, with staying power well into the new year."

While "Spider-Man: No Way Home" may not reach the $357.1 million opening that "Endgame" generated domestically two years ago, it could surpass the second-highest opener — 2018's "Avengers: Infinity War," which tallied $257.6 million or the third-highest 2015's "Star Wars: The Force Awakens," which snared $247.9 million during its first three days.

"This is an event-level performance that will be long remembered for its incredible significance to both moviegoers and the industry itself," Robbins said. "It's a testament not just to the universal appeal of Marvel and Spider-Man, but also to Sony's strategy of theatrical exclusivity and the incredible power of the shared cinematic experience."