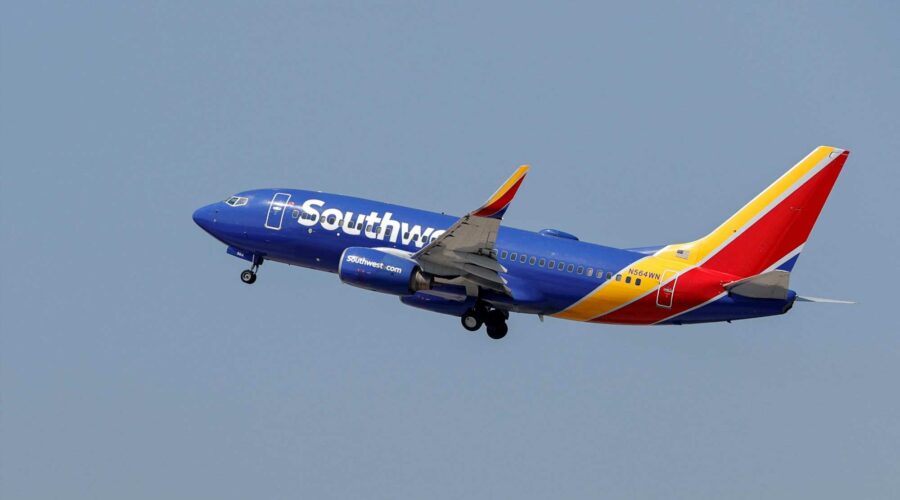 The airline is the second carrier in less than a week to warn that the fast-spreading Covid-19 variant will weigh on results. Frontier Airlines on Thursday said it would break even, at best, this quarter because of the variant.

Southwest said it expects August operating revenue to be down 15% to 20% compared with the same month in 2019. That's more than an earlier forecast for a 12% to 17% drop.

Its shares fell more than 1% in premarket trading.

"The Company has recently experienced a deceleration in close-in bookings and an increase in close-in trip cancellations in August 2021, which are believed to be driven by the recent rise in COVID-19 cases associated with the Delta variant," Southwest said in a filing.

It said September revenue will likely be down 15% to 25% from 2019, its first estimate for the month.

Southwest said it was profitable in July, but the impact of the rapidly spreading variant in August and September "will make it difficult" for the company to turn a profit in third quarter without counting federal aid that's provided some temporary relief in covering its labor costs.