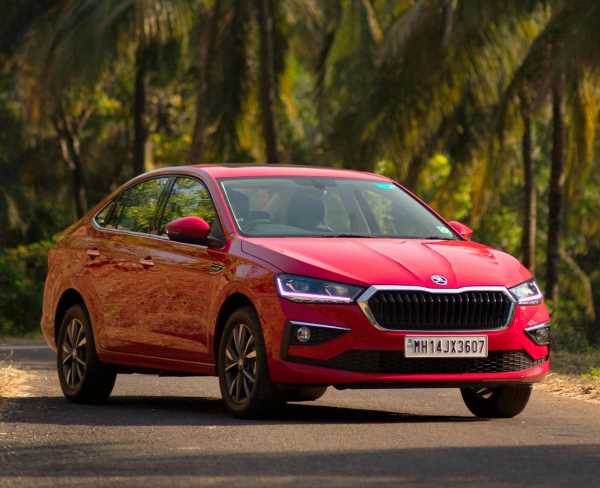 While the Slavia comes in eight different variants, it’s the base model that starts at around Rs 10.7 lakh that is most likely to take a bite out of the market share of its competitors, says Pavan Lall. For the best part of almost a decade now, the premium sedan segment has been languishing for multiple reasons.

There have been too few launches and too few options in it for customers.

One is that the SUV segment has been doing gangbuster business with every automaker new and old launches that include the Kia Seltos and Sonet, Mahindra & Mahindra’s XUV 700 and scores of others.

Today, sedans are few and far between and the key ones include the Hyundai Verna, the Honda City, and the Maruti Suzuki Ciaz.

The top-end cars such as the Honda Accord have been withdrawn from the market on account of slow sales and other OEMs such as Chevrolet, who launched the Cruze, have since left the country.

This makes the entry of the Skoda Slavia into this segment a telling statement. Skoda has its own chequered history in India, which started with strong popularity a couple decades ago and went on to take a backseat of sorts when Volkswagen came into the scene, other car-makers launched here, and its high-maintenance costs became a sticking point despite its well-built, sturdy and high-powered cars that featured competent diesel engines.

Since then, the company has refocused its efforts on the brand rolling out compact sedans such as the Skoda Rapid and aimed to lower the cost of ownership for consumers.

The Slavia is, then, the company’s big bet on making a sedan that will drive higher volumes at a more affordable cost than ever before for a Skoda and most importantly take on incumbents like the Verna and the City.

At first glance, the Slavia is a smart and well-designed sedan with robust lines and a large cabin.

It looks and feels every bit a Skoda with its European accents, high-grade interior fittings and peppy engine.

Skoda says that its cabin space is the widest in its segment and while that hasn’t been independently verified it certainly feels large.

The boot space is also big, with a capacity of 521 litres.

Seating is firm and comfortable and when fired up the Slavia hums to life with confidence and aplomb, rolling up the tarmac stridently.

A point to note here is that it does feel considerably lighter than the Skoda sedans of old, which indicates a measure of lightweighting that presumably has been configured to both reduce cost and increase fuel efficiency. The 1.5 TSI automatic which I drove was responsive, correctly powered for the size, and the weight of the car and the 7-speed twin clutch automatic DSG made for climbing up and down the gears while driving smooth and well-spaced.

For drivers who want more control, the steering mounted paddles let you stay longer in each gear.

On the road, at slow and fast speeds, the Slavia feels competent, confident and handles bumps and rough terrain remarkably well for a sedan.

It also feels easier to manoeuvre and handle than the older Skodas, which were heavier.

Seating in the rear offers ample legroom and is comfy with functional compartments and fittings, making this a strong and more price-efficient corporate executive sedan versus the larger Skoda Superb.

While the Slavia comes in eight different variants, it’s the base model that starts at around Rs 10.7 lakh that is most likely to take a bite out of the market share of its competitors.

The bottom line? This is a well-built strong Czech sedan that’s been built for the Indian customer at a price that would make self-drive lovers satisfied because they get an exciting car, top-of-the-line interiors, great engineering and loads of space.