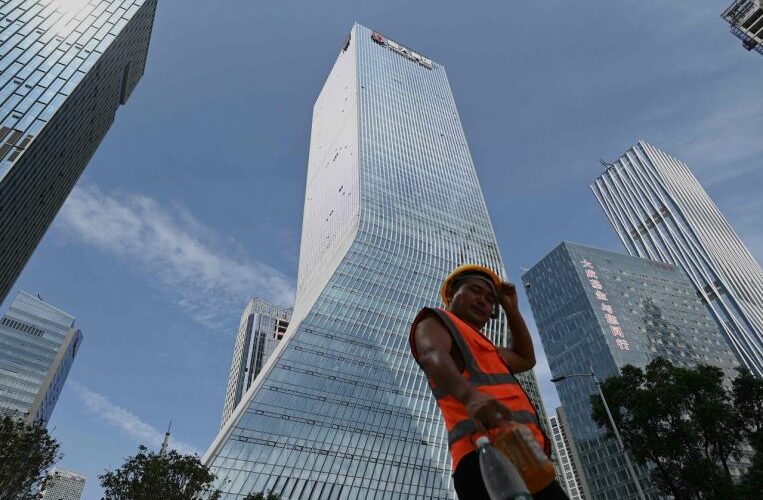 SINGAPORE – Singapore banks do not have any exposure to troubled Chinese property conglomerate Evergrande.

That is the message being put out by the three local banks as the Shenzhen-based property company faces potential bankruptcy, and is weighed down by some US$300 billion (S$405.8 billion) in debt.

A DBS spokesman said that the bank “has no exposure to Evergrande”.

Meanwhile, in a Bloomberg TV interview, DBS chief executive Piyush Gupta said he did not see the crisis that is enveloping the Chinese developer as a systemic risk to the region’s banking industry.

Separately, OCBC’s spokesman told The Straits Times that the bank could not comment on specific loans, but it is understood that Singapore’s third-largest lender has zero exposure to Evergrande.

UOB has previously that it has no lendings to Evergrande.

That said, the Evergrande debacle is weighing down heavily on Asian market sentiment.

While analysts do not see a contagion impact, as was the case in 2008 when Lehman Brothers sank under the weight of bad property debt and threatened to take down other lenders with it.

Mr Kelvin Tay, chief investment officer for Asia-Pacific at UBS, noted that none of the United States banks have any exposure. He also pointed out that China is injecting liquidity into the markets and would continue to do so in the near future, while also managing key lending rates.

Nevertheless, bondholders, equity investors and banks exposed to the company will likely take a hit.

What is also little known is the extent to which Singaporean investors are exposed to Evergrande’s bonds or stocks. However, market insiders here reckon the numbers could be negligible.

Meanwhile, the financial markets have been on edge, with Wall Street’s S&P 500 going through a turbulent week since the news flows intensified over the past month.

In the meantime, the Chinese property company, with more than 800 projects in 200 Chinese cities, is coming under increasing pressure from domestic suppliers, contractors, investors and property buyers as it tries to navigate its severe cash crunch.

As at late last week, Evergrande had outstanding interest payments of about US$83 million due to bondholders. About US$20 billion of its debts are owed offshore.

Its stock is down about 80 per cent in recent months.

There is increasing concern that Evergrande’s collapse could hit not just several Chinese banks but also impact China’s economy, which counts its property sector as one of its biggest components.