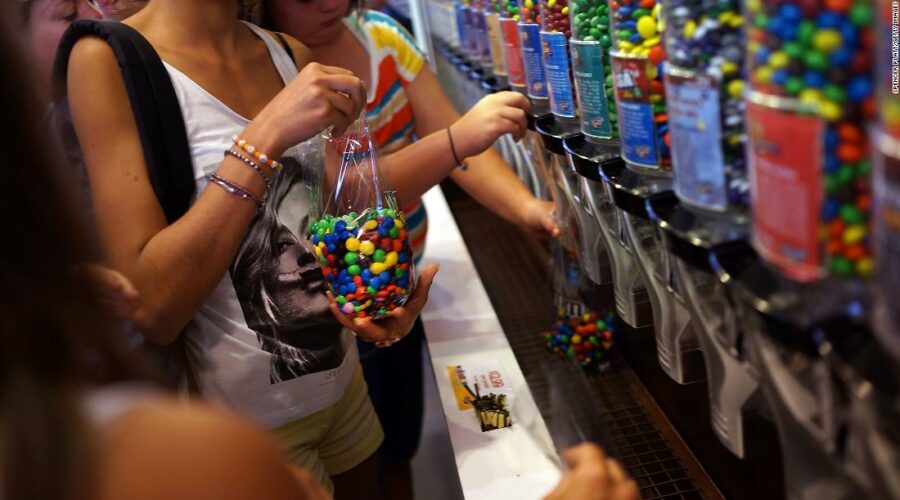 New York (CNN Business)M&M’s branding is getting a refresh.

The candy’s anthropomorphized chocolate characters are being made over, and the logo is also getting a tweak.
But the most noticeable change is to the six M&M characters: new shoes. Green has swapped her go-go boots for sneakers. Brown is sporting lower, more sensible heels. Red and Yellow’s shoes now have laces. Orange’s shoes laces are no longer untied. And Blue’s shoes, while little changed, resemble what Anton Vincent, president of Mars Wrigley North America, described as “a bad version of Uggs.” 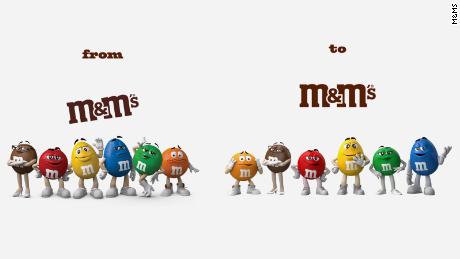 Mars Wrigley, which owns M&Ms, is trying to make the characters — particularly the female ones — more “current” and “representative of our consumer,” Vincent said. The revamped footwear is “a subtle cue, but it’s a cue people really pick up on,” he added, noting that Mars gets a lot of feedback on the characters’ shoes.

The logo adjustment is also slight: Instead of resting on its side, it’s set up straight. The new orientation is designed to emphasize the ampersand. The logo was last tweaked in 2019.

The changes are rolling out online this week and they’ll be incorporated into M&Ms’ packaging and other marketing materials this year.
The changes may be subtle, but even small shifts can help brands avoid falling out of fashion, said David Camp, co-founder and managing partner of Metaforce, a marketing company. “Every brand has to continuously reinvent itself to remain relevant.”

M&Ms were first sold in 1941, and the characters arrived on the scene in 1954. Old M&Ms commercials starred Red and Yellow, representing regular and peanut M&Ms. In the late 1990s, new characters were added to the mix. Brown, the most recent addition, joined the crew in 2012.
Over the years the brand has switched between highlighting its characters more heavily or less frequently, Vincent noted. Now, it’s putting them front and center. 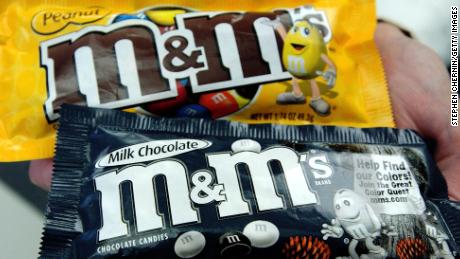 Currently, there are two female characters and four male ones. Adding another couple of female characters to balance out the ratio is possible, said Vincent, but there are “implications” for the product itself. Namely, M&Ms would have to add new permanent colors to its mix.
The solution, then, was to give the female Green and Brown a promotion. They’ll have more prominent placement in ads, with the aim of “a little bit more gender balance,” said Vincent. 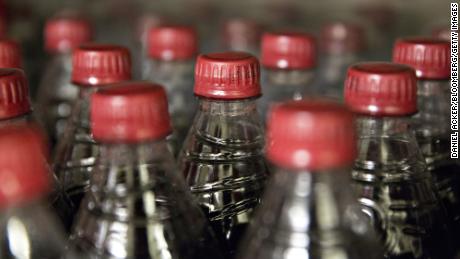 M&Ms is using these changes to try to signal its brand identity to customers, who are increasingly drawn to brands they feel align with their own values. “It gives us a good platform to talk about the whole idea around belonging,” Vincent said.
The company is also is placing more “focus on the characters as it relates to the total brand, and then building ourselves a platform to be able to advocate and talk about this idea,” he added.

Other brands have made adjustments to their logos or mascots to keep them up-to-date. One example is Quaker, which in 2012 altered the face of its mascot like a discreet plastic surgeon. (Quaker is owned by Pepsico (PEP)). Changes included “remov[ing[ his double chin and smooth[ing] the rolls and plumpness in his face and neck,” The Wall Street Journal reported at the time. The new character’s shoulders are also more visible and his hair shorter, to make him seem more fit, and elongating his neck, the Journal noted.
Some brands like Uncle Ben’s and Aunt Jemima recently have revised their logos, mascots or brand names because of problematic and racist origins.
Source: Read Full Article