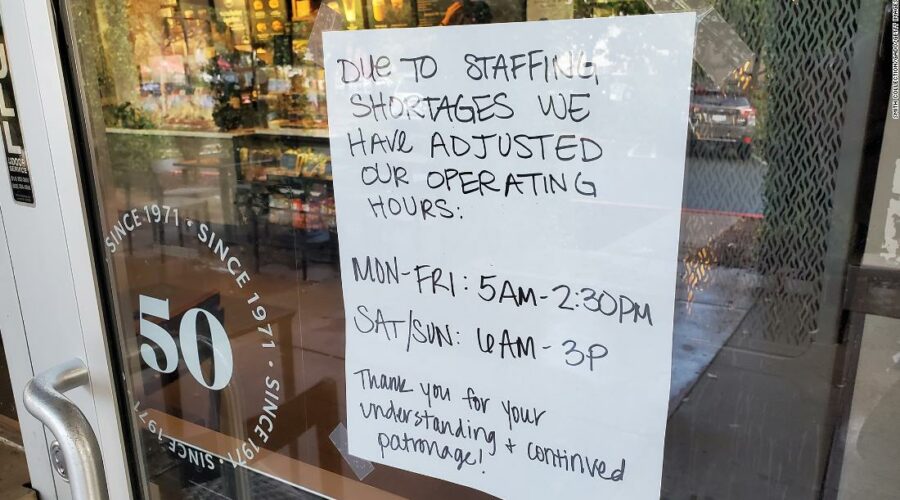 New York (CNN Business)Early in the pandemic, restaurants had to close their dining rooms because of local or national restrictions intended to curb the spread of the coronavirus. Those restrictions have mostly lifted — but thousands of restaurant dining rooms are still unavailable to customers.

The closures are happening at a pivotal moment, when restaurants are rethinking formats and moving towards designs that prioritize off-site dining. That means that when we finally emerge from the pandemic, dining rooms could look a lot different.
Some restaurants pointed to continuing outbreaks of Covid-19 as a reason for keeping dining rooms closed. At McDonald’s US stores, “roughly 3,000 dining rooms remain closed in high-risk Covid areas as we continue to prioritize the health and safety of our customers,” company CFO Kevin Ozan said during an analyst call in late October. 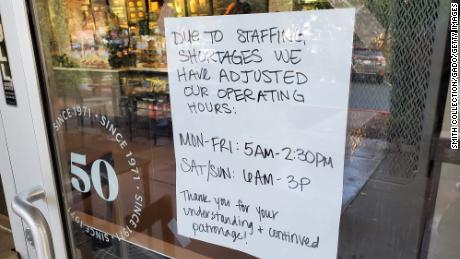 Others have kept dining rooms closed because of a lack of staff. Restaurants and bars were short about 800,000 jobs as of October compared to February 2020, before the pandemic, according to the National Restaurant Association. It may take some time before employment returns to its pre-pandemic level, if it ever does. Workers are still fleeing the industry. The quit rate for accommodation and food services hit 6.6% in September, according to the Bureau of Labor Statistics — more than double the overall 3% average.

At Restaurant Brands International (QSR), owner of Burger King, Popeyes and Tim Hortons, staffing challenges have meant that about 40% of restaurants are open only for off-premise options like takeout, delivery and drive-thru, said CEO Jose Cil in an October call. “Our dining rooms … have been closed in many cases because of some of these staffing challenges,” he said.

Starbucks (SBUX) is leaving it up to local operators to decide how to run stores, said spokesperson Jory Mendes. Some may decide to close dining rooms while remaining open for drive-thru or mobile-order and pickup.
The challenges have prompted some restaurants that had previously opened the majority of their dining rooms to reverse course. Wendy’s (WEN), for example, had about 95% of its locations fully open in the second quarter, said CEO Todd Penegor during an analyst call in November. But in the third quarter, that figure slipped to 85% because of staffing issues. 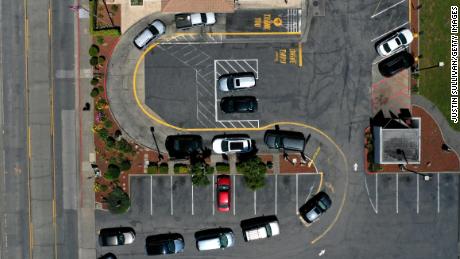 Keeping dining rooms closed may not have that much of an impact right now.
At McDonald’s (MCD), “in restaurants where we have reopened dining rooms, front-counter and kiosk sales remain below pre-pandemic levels,” CFO Ozan noted during the call. These days, it’s all about the drive-thru.
“The vast majority of sales are going through drive-thru right now,” said Lauren Silberman, restaurant analyst at Credit Suisse. Because of that, short-staffed restaurants are prioritizing their drive-thrus over opening dining rooms, she noted.
And restaurants are betting that interest in drive-thru and other off-site options will continue in the future.

Within fast food and fast casual chains, “you will see an increasing shift to even more convenient models,” said Silberman.
Fast food chains that have always offered drive-thrus are doubling down on the option, sometimes shrinking their dine-in spaces to do so. Last year, Burger King unveiled new restaurant designs that feature more drive-thru lanes and walk-up windows where customers can place orders. One prototype has no indoor dining option at all. Earlier this year, Taco Bell announced that it is expanding its “Go Mobile” restaurant remodel, which features dual drive-thrus and smaller dining rooms.
Others are testing more options that reduce the need for interaction with staff. And Starbucks (SBUX), which shared plans last year to open more stores with drive-thrus and pickup locations to focus on convenience, just opened a concept store in New York Cit with Amazon Go, where customers are charged for snacks and meals without paying a barista.

And some restaurants are turning to drive-thrus and other formats for the first time. Shake Shack (SHAK), for example, is planning to open its first drive-thru this year, and add up to ten more through next year. Portillo’s, a chain known for its Chicago-style hot dogs, is planning to open its first pickup-only location — with three drive-thru lanes — next year.
— CNN Business’ Jordan Valinsky contributed to this report.
Source: Read Full Article