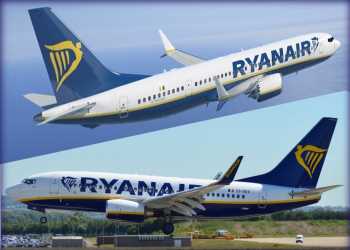 Ryanair Holdings Plc reported Monday a loss in its fiscal year 2022, narrower than last year, with strong growth in traffic and load factor. Looking ahead, the company said it expects to return to reasonable profitability in fiscal 2023. Shares of the low fares airline were losing around 4 percent in the morning trading in Germany.

The company said the outlook reflects limited first-half visibility and almost zero second-half visibility, 20 percent unhedged fuel and the significant risks posed by both the invasion of Ukraine and Covid.

Ryanair plans to grow full year traffic to 165 million from 97 million last year and 149 million in the pre-Covid period.

Ryanair said in a statement, “This recovery, however, remains fragile. This was clearly evidenced by the sudden, and unexpected, emergence of the Omicron variant pre-Christmas and the Russian invasion of Ukraine in Feb., both of which immediately damaged close-in bookings and yields for the Christmas and Easter peak travel periods. Given the continuing risk of adverse news flows on both these topics, it is impractical (if not impossible) to provide a sensible or accurate profit guidance range at this time.”

Further, the company said its growth plans to 2026 will see the creation of over 6,000 well-paid jobs for highly skilled aviation professionals all over Europe.

For the full year, loss before tax narrowed to 429.8 million euros from last year’s loss of 1.11 billion euros.

Net loss attributable to equity holders of parent was 240.8 million euros, compared to prior year’s loss of 1.02 billion euros. Loss per share was 0.2130 euro, compared to loss of 0.9142 euro last year.

Meanwhile, average fares were down 27 percent to just 27 euros.