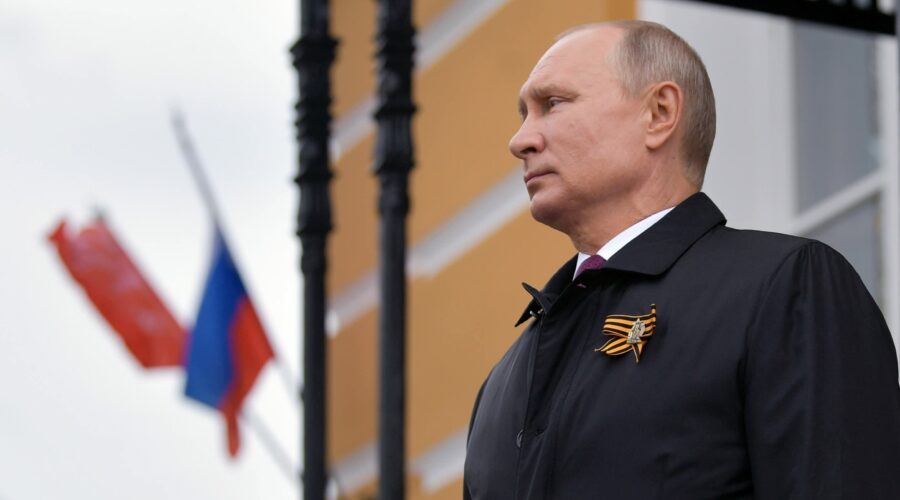 Russia will not make Covid vaccines compulsory for its citizens, President Vladimir Putin said on Wednesday, adding that people should see the necessity of immunization on their own.

Some officials in Russia had proposed making vaccination mandatory, but Putin said Wednesday that the controversial measure would be "counterproductive."

Speaking during a video conference on the economy, Putin said officials had analyzed options including mandatory vaccination for the entire population, or for workers in certain sectors who come into contact with large numbers of people, Russian news agency TASS reported.

This could have seen Covid shots made compulsory for people working in the retail, education or transportation, for example. However, Putin said he did not agree with such a move.

"In my opinion, it is counterproductive and unnecessary to introduce mandatory vaccinations," he said, adding that "people should realize this necessity on their own" and understand that without a vaccine they "may face a very serious and even deadly danger," particularly elderly people.

Putin urged the public to get immunized and emphasized that the Russian vaccine, Sputnik V, was safe.

"I would like to emphasize once again and to appeal to all our citizens: think carefully, keep in mind that the Russian vaccine – the practice has already shown that millions (of people) have used it – is currently the most reliable and the safest," Putin said. "All conditions for vaccination have been created in our country."

Despite pleas from the President and other high-profile officials, and the installation of walk-in vaccination centers in shopping malls in big cities, Russia has found that much of its population is reluctant to receive a Covid shot.

Some officials have tried more unusual means to coax the hesitant, with Moscow offering free ice cream in Red Square to anyone who got vaccinated, and shopping coupons or gift cards worth 1000 rubles (around $13.60) for pensioners. There have also been reports of some Russian regions offering cash incentives to get the shot.

Moscow's Mayor Sergey Sobyanin has openly vented his frustration at the slow uptake of vaccinations in his blog.

"We were the first major city in the world to announce the start of mass vaccination. And what?" Sobyanin said. "The percentage of vaccinated people in Moscow is less than in any European city. In some cases, several times over."

He highlighted that only 1.3 million people in Moscow had received a shot so far, out of 12 million residents.

As of May 26, just over 11% of Russia's population had received at least one dose of a coronavirus vaccine, according to data compiled by Our World In Data. This is similar a similar rate to in India — which has also struggled to get its immunization program off the ground due to production issues — but lags other major economies. The U.K. for instance, has both given over 70% its populations at least one jab.

The home of Sputnik V

That frustration is more palpable in Russia as it was one of the first countries in the world to approve a Covid vaccine — its own, Sputnik V — last August. At first there were concerns over Sputnik V's safety and efficacy credentials, particularly as Russia authorized the shot before clinical trials had been completed, a move that raised suspicions in the international scientific community.

However, the Sputnik V vaccine was found to be 91.6% effective in preventing people from developing Covid-19, according to peer-reviewed results from its late-stage clinical trial that published in The Lancet medical journal in February.

Despite this, a poll conducted by Russia's Levada polling center published in March found that 62% of people did not want to get the vaccine, with the highest level of reluctance found among 18 to 24-year-olds.