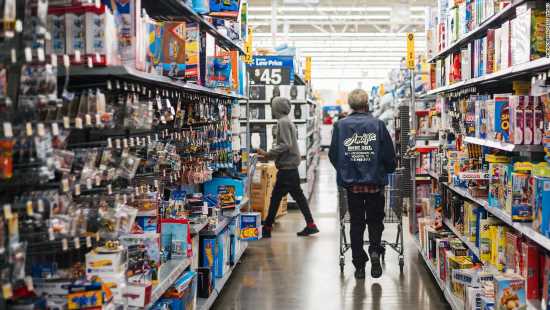 New York (CNN Business)America’s high pandemic-era price hikes were alive and kicking last month, when a key measure of inflation climbed to a level not seen since June 1982.

Consumer price inflation rose by 6.8% without seasonal adjustments over the 12 months ended November, the Bureau of Labor Statistics reported Friday.
Stripping out food and energy, the prices of which tend to be more volatile, inflation rose 4.9% over the same period — the highest level since June 1991.

Looking at November compared to the previous month, prices increased 0.8% on a seasonally adjusted basis, less than the 0.9% increase in October.

Without food and energy costs, prices rose 0.5% in November, also a slight decrease from the 0.6% rise in the prior month.

Here’s what got more expensive

Several categories saw significant price increases. Gas prices jumped 58.1% over the year ending in November, the biggest jump since April 1980.
The price indexes tracking food and energy climbed to at least 13-year highs, having risen 6.1% and 33.3% over the 12-month period.
Meanwhile, groceries cost 6.4% more over the same period, the largest increase since December 2008. Food prices in restaurants jumped 5.8%, the biggest rise since January 1982.
But not everything got more expensive.
Car insurance prices fell 0.8% between October and November, as did the price index for recreational activities and communication, which both declined 0.2%.

What this means for the Fed

Friday’s data is also lending more credence to the Federal Reserve’s apparent plan to speed up the rollback of its pandemic-era stimulus program.
In late November, Fed Chairman Jerome Powell told Congress during a hearing “the economy is very strong and inflationary pressures are high, and it is therefore appropriate in my view to consider wrapping up the taper of our asset purchases … perhaps a few months sooner.”
And with another spike in prices under the belt, it seems nothing is standing in the way of the central bank announcing a faster rate of tapering during next week’s meeting.

“The data add to the case for Fed officials to turn more hawkish at the FOMC meeting next week,” said macro strategists at TD Securities.
That said, the strategists expect inflation to slow in the year ahead as the price boosts from the reopening, fiscal stimulus and supply chain challenges begin to fade.
Source: Read Full Article