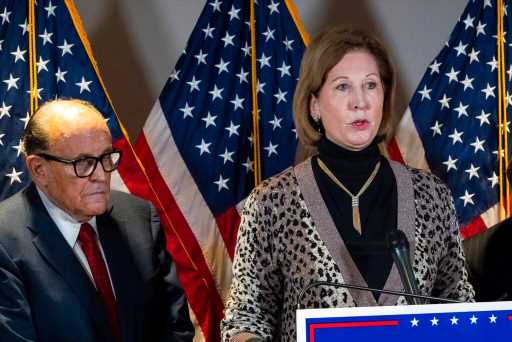 Rudy Giuliani has been suspended from practicing law in New York, after a state appellate panel concluded that he made false and misleading statements in connection to his defense of client Donald Trump’s claims that the 2020 election was stolen.

“These false statements were made to improperly bolster respondent’s narrative that due to widespread voter fraud, victory in the 2020 United States presidential election was stolen from his client,” the panel wrote.

They concluded that Giuliani’s conduct “immediately threatens the public interest and warrants interim suspension from the practice of law.” The suspension is an interim one pending further proceedings before the Attorney Grievance Committee.

The judges pointed out that “only uncontroverted claims of professional” misconduct may serve as the basis for interim suspensions, which are based on violation of the New York Supreme Court’s rules of professional conduct.

Giuliani had been the public face of Trump’s efforts to challenge the election, as the then-president scaled back public appearances after the November election.

Although Giuliani argued that a suspension would violate his First Amendment rights, the judges noted that this “disciplinary proceeding concerns the professional restrictions imposed on respondent as an attorney to not knowingly misrepresent facts and make false statements in connection with his representation of a client.”

Giuliani and another attorney for the Trump campaign, Sidney Powell, are among defendants in defamation lawsuits brought by two election systems companies, Dominion Voting Systems and Smartmatic.

Among the instances that the judges cited was one that there were 600,000 to 700,000 fabricated mail-in ballots in Pennsylvania that were never sent to voters in advance of the election, as Giuliani claimed that more absentee ballots came in after the election than were sent in before. The judges found the statement “simply untrue,” noting that 3.08 million absentee ballots were mailed out before the general election, and more than 2.5 million mail-in ballots were tallied.

Giuliani, they wrote, made the false statement on radio shows and before the Republican State Senate Majority Policy Committee in Pennsylvania and the Michigan House Oversight Committee.

The judges rejected Giuliani’s argument that he did not knowingly misstate the facts, but got it from an unidentified member of his team who inadvertently pulled incorrect data from the state website.

“There is simply no proof to support this explanation,” the judges wrote. “For instance, there is no affidavit from this supposed team member who is not identified by name or otherwise, nor is there any copy of the web page that purportedly listed the allegedly incorrect data. In fact, the only proof in this record is the official data on the Pennsylvania open data portal correctly listing the ballots requested as 3.08 million.”