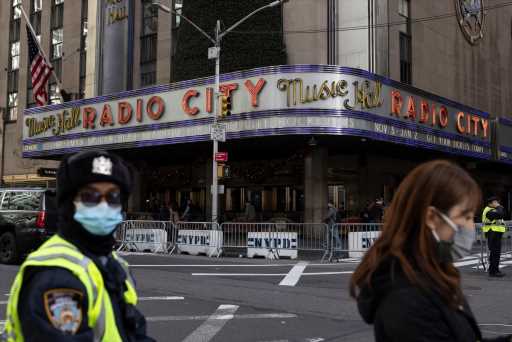 MSG Entertainment said late this afternoon that The Christmas Spectacular Starring the Radio City Rockettes has ended its run due to a surge in Covid infections. The annual production, which is famous for the Rockette’s synchronized high kicks, had been scheduled to continue through January 2.

The move is part of a wave of cancellations and schedule changes affecting Broadway, sports and other businesses and parts of public life in New York and elsewhere. New York City and the U.S. in general are experiencing a rise in Covid rates due to the spread of the Omicron variant.

The Radio City show was wiped out in 2020 during the worst of the pandemic closures but returned this fall as vaccinations and an easing of the Covid crisis allowed live shows to resume. With a seating capacity of almost 6,000, the show pulls in significant revenue. In 2019, the show’s eight-week run grossed about $100 million. More than the financial value, though, the show occupies a symbolic place in New York’s end-of-year landscape. It is performed next door to the famed Rockefeller Center tree and other seasonal attractions in Midtown Manhattan. “We regret that we are unable to continue the Christmas Spectacular this season due to increasing challenges from the pandemic,” the company said in a statement. “We had hoped we could make it through the season and are honored to have hosted hundreds of thousands of fans at more than 100 shows over the last seven weeks. We have loved bringing back this cherished tradition that helps usher in the holiday season in New York City and look forward to welcoming fans back to Radio City Music Hall in 2022.”

‘MJ’ Shuts Down Until After Christmas; ‘Hamilton’ & ‘Moulin Rouge’ Are Dark Tonight

18/12/2021 Business Comments Off on Rockettes Will Kick No More This Holiday Season, Wrapping Christmas Spectacular Due To Omicron Spike
Markets