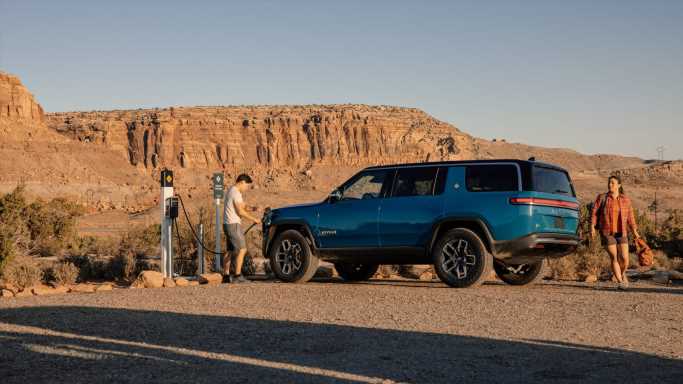 Shares of electric vehicle (EV) maker Rivian Automotive have fallen 60% this year. Investors should expect that to continue. Like all car manufacturers, it faces higher component prices and a lack of access to the microchips used in its vehicles. However, management continues to bungle how this will affect the company.

Recently, Rivian said its sales would be an extremely disappointing 50,000 for the current year. Quickly, that was revised to 22,000.

One reason investors have concerns about Rivian is that Ford will launch an electric version of its F-Series pickup. The F-Series has been the best-selling vehicle in America for four decades. Based on the vehicle’s popularity, it could be the best-selling electric pickup within a few months of its launch.

Ford is only one among at least a dozen vehicles that will compete with Rivian. Tesla will release its EV truck in less than a year. Every major pickup maker from Toyota to General Motors will have electric trucks in the market within two years or less. Chevy says it will soon launch an electric version of its popular Silverado. These manufacturers will be able to rely on well-known brand names, huge dealer networks and large marketing budgets.

Wall Street should expect that Rivian will struggle to meet its new forecast. And high-priced components will push prices higher than expected.

Rivian may have a future, but it is hard to paint a picture that shows it as positive.