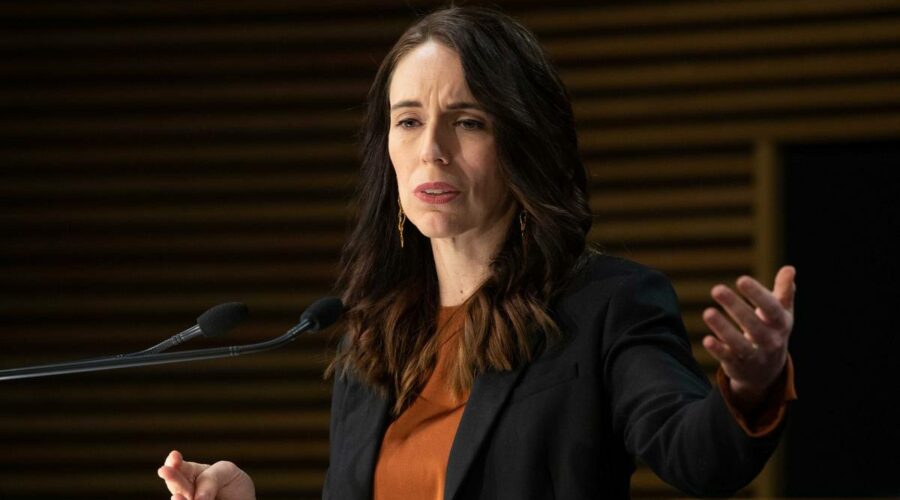 The Government has run out of bureaucratic capacity to undertake any more substantial reforms.

The Finance Minister Grant Robertson gave this as the reason for a spending Budget with no substantial initiatives.

Without having achieved any significant reforms new initiatives are now off the Government’s agenda.

Labour’s record is going to be blowing 30 years of fiscal prudence and creating $100,000 of debt per household. Plus closing down the country and avoiding a mass outbreak of Covid, but how hard was that?

It was the benefit Budget because Jacinda Ardern made herself the Minister for Child Poverty Reduction. The PM pledged that by today 40,000 children would have been lifted from poverty. Instead the number of children in poverty has increased.

The Budget was to save Ardern’s credibility.

Will it work? Labour is repeating an action and expecting a different outcome. Labour’s Families Package cost $5.5 billion and lifted incomes by up to $65 a week. Ardern was sure that so much money must reduce poverty.

Labour is again putting its faith in spending. Will an extra $3.3b and up to $55 a week in benefits be more successful or will inflation and rent increases absorb the money?

What if making people dependent is a cause of poverty? What if Labour’s benefit increase traps more people in dependency? Bill English’s Better Public Services programme that provided wrap around services to assist beneficiaries off dependency achieved better results.

The Budget is an example of the danger of tackling the symptoms. The Budget should have addressed the causes of poverty that are to be found in housing, health, education, welfare and our declining productivity.

Having been a minister in a reforming Government that was able to convert the inefficient state trading departments into state-owned enterprises in just three years it seems absurd to claim there is no capacity for reform.

Yet Robertson is correct. There is no capacity to implement new initiatives. The lack of capacity is caused by the way Labour has gone about reform. Having not expected to win in 2017 the party was totally unprepared for government.

Having no programme instead Labour set up, depending on how you count, more than 100 inquires.

An inquiry is a hopeless way to achieve reform. The reviewers who will not have to implement their report make expensive recommendations with little attention to practicality, affordability or how to integrate their recommendations into an overall government programme.

The civil service has been totally absorbed trying to make sense of more than 100 different reports.

We held no inquiries before making the SOE reforms. We knew what was wrong. We had a workable solution.

The problem is not with the bureaucracy but the Cabinet. After three years in government ministers ought to know what the problems are and what needs to be done. Ministers with practical solutions would ditch the 100 reports.

Here are some reforms the government could do.

Housing
Implement the amendments to the RMA that enabled the Christchurch rebuild by releasing land for housing. Share the GST on housing with local bodies to incentivise councils to build the infrastructure. Repeal the regulations that prevent factory build housing.

Health
Spending $486 million restructuring health to a centralised system won’t provide a single extra operation. Andrew Little achieved nothing in three years in justice except expensive hui. He has yet to learn about project optimism. It is the rule that says projects cost twice as much and take four times longer than estimated. The unexpected always happens.

The health reforms will paralyse the sector for years. Better to spend the $486m on public health where it will make a difference.

Education
Once we were top. Now New Zealand pupils are the least numerate in the OECD. If we do not fix math teaching we are doomed to be a third world nation. The Government’s response is yet another inquiry.

We know the reason. Many primary school teachers do not like maths so they do not teach it. Teaching the maths curriculum must be compulsory.

Today 50 per cent of Māori secondary pupils will be absent. There is nothing unusual about today. Schools are paid for their nominal roll not the number of pupils who attend. Only pay for the number of pupils at school and truancy would suddenly be solved. The ministry has research that shows there is a direct relationship between school attendance and NCEA results.

Pupils leaving school innumerate and illiterate are a real cause of poverty.

Welfare
Stop paying a benefit to any of the 122,871 able bodied adults receiving Jobseeker Support who refuses an offer of work.

Productivity
Repeal the thousands of regulations that have no cost/benefit. Free from unnecessary red tape productivity will improve.

These reforms do not require extra bureaucratic capacity. They just require ministers to lead.

– Richard Prebble is a former leader of the Act Party and former member of the Labour Party.

01/06/2021 Business Comments Off on Richard Prebble: Labour has run out of capacity for reform
Markets