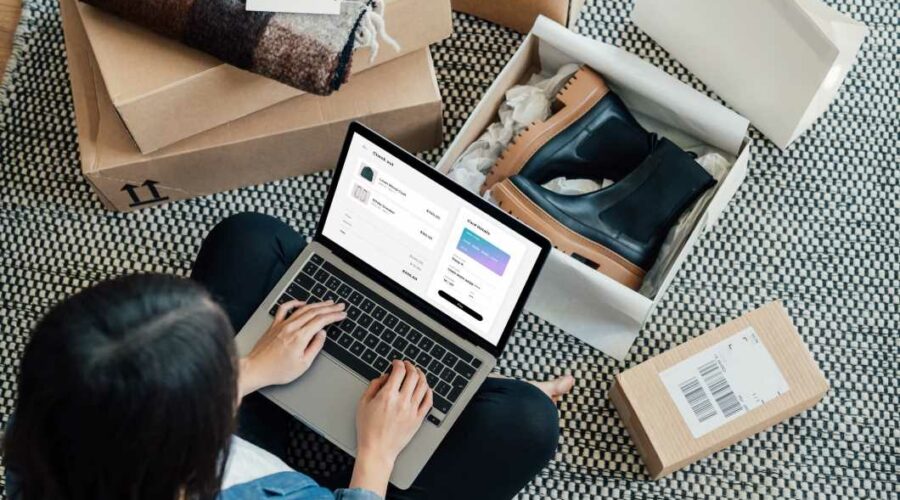 Free returns are certainly not free for retailers.

In fact, the cost of processing returns will increase this holiday season, according to logistics forecasts, especially against a backdrop of rising inflation, labor shortages and Covid precautions.

CNBC received an early look at the annual CBRE-Optoro report, which indicates a 7% increase in the cost of returns, also called reverse logistics — with electronics like computers, tablets and mobile devices having return costs as much as 15 times higher than clothing, because workers must remove personal data.

"It's increasing because you have many more things that are wired or connected to the internet of things that need to be wiped and you need to be concerned about security," Tobin Moore, founder and CEO of Optoro, told CNBC. "All the watches now have sensors on them. Now there is clothing and shoes having sensors. I see that as something that's only going to increase."

The National Retail Federation estimates online sales during November and December will expand about 13% to more than $222 billion. The CBRE report projects that $66.7 billion of those online sales will become returns — also up 13% year-over-year and nearly 46% higher than the previous five-year average. Approximately 30% of e-commerce sales are returned compared to 10% of brick-and-mortar sales, according to CBRE.

Higher returns numbers come as major retailers such as Walmart, Target and Best Buy are facing increasing logistics costs to make those sales in the first place. CBRE estimates that logistics now cost 12% of sales for these large retailers with growing e-commerce businesses, compared to just 6% for more traditional retailers.

John Morris, head of industrial and logistics for CBRE in the Americas, told CNBC that early shopping due to supply chain concerns has also led to returns coming back earlier. "There's not scale packaging. There's not scale movement. There's not freight consolidation. All of those things return backwards through the supply chain, one at a time," he said.

Logistics workers' wages have increased 5% during the pandemic and retailers need 20% more warehouse space to process returns, according to the CBRE report. "It's further margin compression in a business that has margin challenges," Morris said. "I think you'll see new models where customers are offered a chance to donate certain things or given an incentive to come back to the store. Because the impact on margins is already untenable."

CBRE and Optoro said that returns also continue to be an environmental issue because the reverse supply chain requires more packaging and transportation. "Our estimates are that 5.8 billion tons of return packaging will end up in a landfill after this holiday season. Returns from this holiday season will also generate around 16 million tons of carbon dioxide," Morris said.