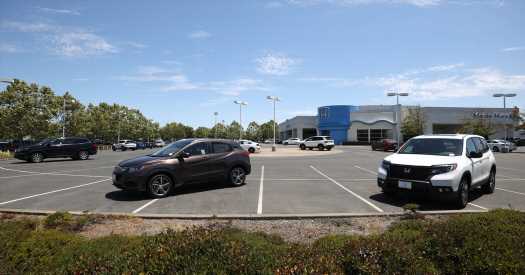 Retail sales rose in June, the Commerce Department reported on Friday, an unexpected jump that came as American consumers boosted spending on dining out and buying clothes and gadgets, even as sales of other items like cars fell.

The 0.6 percent increase last month followed a drop in spending in May. But the data also highlighted the unevenness of the economic recovery. As sales of cars and car parts tumbled 2 percent, those at clothing stores and electronics stores climbed. With gas prices rising, spending at gas stations also increased sharply.

June’s sales were better than economists had expected. After falling to record lows about a year ago, sales rebounded this spring and are now fluctuating month-to-month, propelled by the reopening of the economy. But economists expect sales will also be hampered by new fears over the Delta variant of the coronavirus and rising prices.

The Consumer Price Index rose at the fastest pace in 13 years in June as inflation accelerated, the Labor Department said earlier this week. A survey by the Federal Reserve Bank of New York also found that consumers expect higher inflation in the near term and over the course of several years.

“You’re starting to see a pickup in inflation expectations that might make consumers more cautious in terms of opening up their pocketbooks when they’re spending,” said Beth Ann Bovino, U.S. chief economist at S&P Global Ratings Services, ahead of Friday’s release.

Spending is also shifting from durable goods, such as electronics and furniture, to leisure activities, Ms. Bovino said. That spending isn’t reflected in Friday’s report.

“This report only captures a small sliver on consumer spending, on restaurants and bars, but it misses all the travel,” she said.

Weighing on sales last month was a shortage of computer chips that’s limiting how many cars and trucks automakers can deliver to dealers. The production of motor vehicles and parts declined 6.6 percent in June, the Federal Reserve reported on Thursday.

The shortage has also helped push up prices, in particular for used cars. Used car prices rose by 10.5 percent in June, the government reported earlier this week. The combination of low inventory and high prices is discouraging car buyers, economists say. Excluding cars and car parts, retail sales rose 1.3 percent in May.

Economists also suspect that spending was affected by states withdrawing early from federal unemployment insurance programs, cutting off the $300 a week in aid added to benefits last year. Twenty-four states stopped paying the extended benefits, with most cutting off the aid in June, and an analysis by Bank of America based on credit and debit card spending showed that spending in states that ended the benefits saw a decline in consumer spending last week.

The states that withdrew the benefits have said the aid was discouraging people from seeking work at a time when some businesses were scrambling to staff up as the economy reopens. Economists argue that discontinuing benefits may end up harming personal incomes more than they help address the worker shortage.

16/07/2021 Business Comments Off on Retail sales rose in June in latest sign of economic recovery.
Markets